Who You Are No Longer 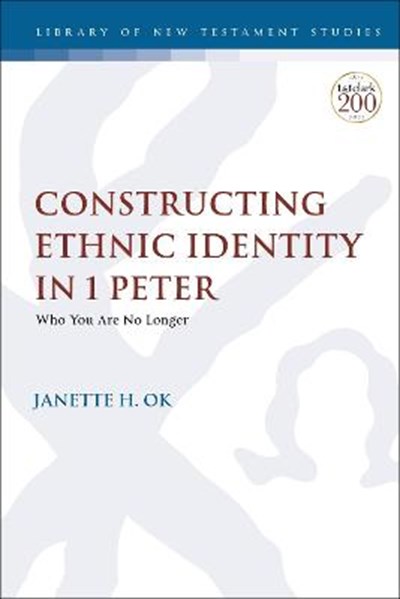 Who You Are No Longer

eBook FAQ
Add to Basket
Publisher: Bloomsbury Publishing PLC
ISBN: 9780567698506
Number of Pages: 136
Published: 15/07/2021
Width: 15.6 cm
Height: 23.4 cm
Description Author Information Reviews
Janette H. Ok argues that 1 Peter characterizes Christian identity as an ethnic identity, as it holds the potential to engender a powerful sense of solidarity for readers who are experiencing social alienation as a result of their conversion. The epistle describes and delineates a communal identity based on Jewish traditions, and in response to the hostility its largely Gentile Anatolian addressees are experiencing as religious minorities in the Roman empire. In order to help construct a collective understanding of what it means to be a Christian in contrast to non-Christians, Ok argues that the author of the epistle employs "ethnic reasoning" or logic. Consequently, the writer of 1 Peter makes use of various literary and rhetorical strategies, including establishing a sense of shared history and ancestry, delineating boundaries, stereotyping and negatively characterizing "the other," emphasizing distinct conduct or a common culture, and applying ethnic categories to his addressees. Ok further highlights how these strategies bear striking resemblances to what modern anthropologists and sociologists describe as the characteristics of ethnic groups. In depicting Christian identity as an ethnic identity akin to the unique religious-ethnic identity of the Jews, Ok concludes that 1 Peter seeks to foster internal cohesion among the community of believers who are struggling to forge a distinctive and durable group identity, resist external pressures to revert to a way of life unbefitting the people of God, and live as those born anew to a living hope.