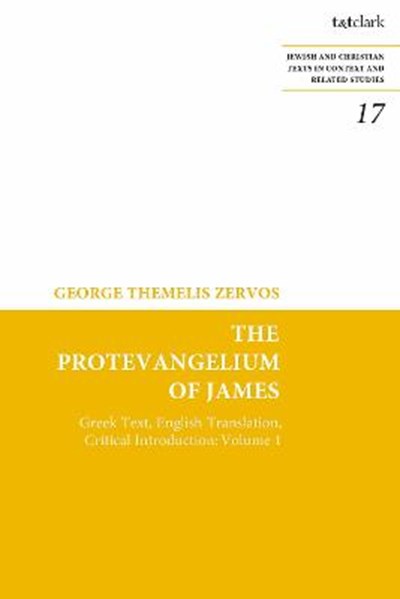 eBook FAQ
Add to Basket
Publisher: Bloomsbury Publishing PLC
ISBN: 9780567700384
Number of Pages: 240
Published: 22/04/2021
Width: 15.6 cm
Height: 23.4 cm
Description Author Information Reviews
George T. Zervos presents the first in a two-volume critical investigation of one of the earliest and most important of the New Testament Apocrypha, the Protevangelium of James, also known as the Infancy Gospel of James. Zervos challenges the prevailing view that the ProtJas is a 2nd century unitary document; finding it instead to be the product of an ongoing redactional process in which a 1st century CE "heretical" text was progressively conformed to the "orthodox" Christian doctrine of the time. Zervos tells the story of how an early apocryphal gospel provided the developing church with doctrinal material, which was incorporated into both the theology and the ecclesiastical liturgical cycle of the medieval Church, thus becoming a significant part of the standard catechism for generations of Christians. In this first volume Zervos provides a critical introduction to the text and discusses ProtJas' publication history, scholarly investigation, compositional problems and evidence of redaction, as well as a in-depth analysis of the narrative. For the first time the readings of the vast majority of the known Greek manuscripts appear together, with a transcription of the original text of the complete copy of the ProtJas found in Papyrus Bodmer V.

George T. Zervos is Associate Professor and Chairman of the Department of Philosophy and Religion at the University of North Carolina Wilmington, USA.