Jonah and the Human Condition

Life and Death in Yahweh's World 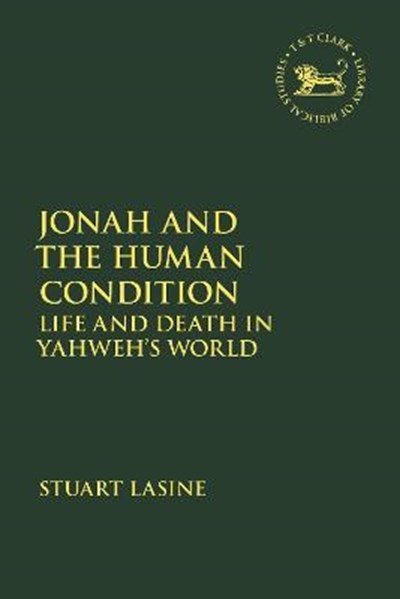 Jonah and the Human Condition

Life and Death in Yahweh's World

eBook FAQ
Add to Basket
Publisher: Bloomsbury Publishing PLC
ISBN: 9780567700605
Number of Pages: 184
Published: 20/05/2021
Width: 15.6 cm
Height: 23.4 cm
Description Author Information Reviews
Stuart Lasine examines all aspects of the human situation and condition in Yahweh's cosmos as depicted in the Hebrew Bible. As his starting point Lasine uses the phrase "the human condition", which has been used to describe features of existence with which every person must cope, in ways which vary according to their culture, their situation within that culture, and their personality. In particular the most consistent factor that is basic to the human condition is mortality and, in the biblical context, the sometimes difficult relationship between the creator God and humankind. An examination of this forms the basis of Lasine's study, which draws analytical tools from several disciplines, including literary theory, psychology and philosophy. In the first part of the book Lasine examines a number of relevant biblical texts which display different aspects of the human condition. Part two engages in a detailed case study of one human life-situation, that of the prophet Jonah. Finally, Lasine draws together his conclusions about life and death in Yahweh's cosmos, both for characters within the world of the scriptural text and for present-day readers of the Hebrew Bible.