Afterlife and Resurrection Beliefs in the Apocrypha and Apocalyptic Literature 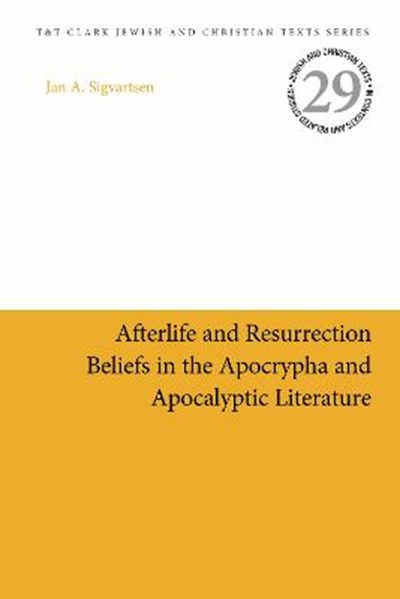 Afterlife and Resurrection Beliefs in the Apocrypha and Apocalyptic Literature

eBook FAQ
Add to Basket
Publisher: Bloomsbury Publishing PLC
ISBN: 9780567700636
Number of Pages: 328
Published: 20/05/2021
Width: 15.6 cm
Height: 23.4 cm
Description Author Information Reviews
Jan A. Sigvartsen seeks to examine the immense interest in life after death, and speculation about the fates awaiting both the righteous and the wicked, that proliferated in the Second Temple period. In this volume Sigvartsen explores the Apocrypha and the apocalyptic writings in the Pseudepigrapha. He identifies the numerous afterlife and resurrection beliefs and presents an analysis that enables readers to easily understand and compare the wide-ranging beliefs regarding the afterlife that these texts hold. A careful reading of these resurrection passages, including passages appearing in Sirach, Maccabees, the Sibylline Oracles and the Ezra texts, reveals that most of the distinct views on life-after-death, regardless of their complexity, show little evidence of systematic development relational to one another, and are often supported by several key passages or shared motifs from texts that later became a part of the TaNaKh. Sigvartsen also highlights the factors that may have influenced the development of so many different resurrection beliefs; including anthropology, the nature of the soul, the scope of the resurrection, the number and function of judgments, and the final destination of the righteous and the wicked. Sigvartsen's study provides a deeper understanding of how the "TaNaKh" was read by different communities during this important period, and the role it played in the development of the resurrection belief - a central article of faith in both Christianity and Rabbinic Judaism.

Jan Age Sigvartsen is a Dozent of Old Testament at the Theologische Hochschule Friedensau, Germany.