Jesus and the Empire of God

Royal Language and Imperial Ideology in the Gospel of Mark 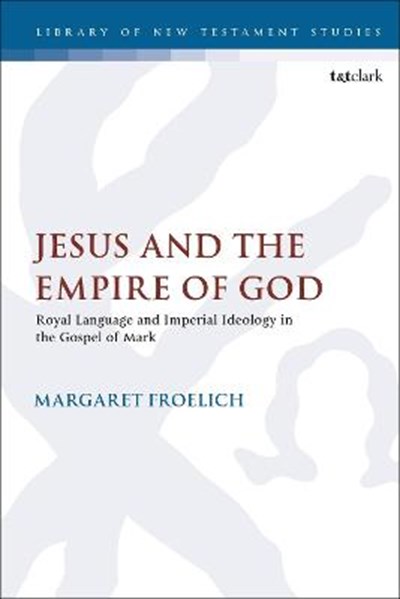 Jesus and the Empire of God

Royal Language and Imperial Ideology in the Gospel of Mark

eBook FAQ
Add to Basket
Publisher: Bloomsbury Publishing PLC
ISBN: 9780567700841
Number of Pages: 192
Published: 18/11/2021
Width: 15.6 cm
Height: 23.4 cm
Description Author Information Reviews
Margaret Froelich examines the Gospel of Mark using political and empire-critical methodologies, following postcolonial thinkers in perceiving a far more ambivalent message than previous pacifistic interpretations of the text. She argues that Mark does not represent an entirely new way of thinking about empire or cosmic structures, but rather exhibits concepts and structures with which the author and his audience are already familiar in order to promote the Kingdom of God as a better version of the encroaching Roman Empire. Froelich consequently understands Mark as a response to the physical, ideological, and cultural displacement of the first Roman/Judean War. By looking to Greek, Roman, and Jewish texts to determine how first-century authors thought of conquest and expansion, Froelich situates the Gospel directly in a historical and socio-political context, rather than treating that context as a mere backdrop; concluding that the Gospel portrays the Kingdom of God as a conquering empire with Jesus as its victorious general and client king.