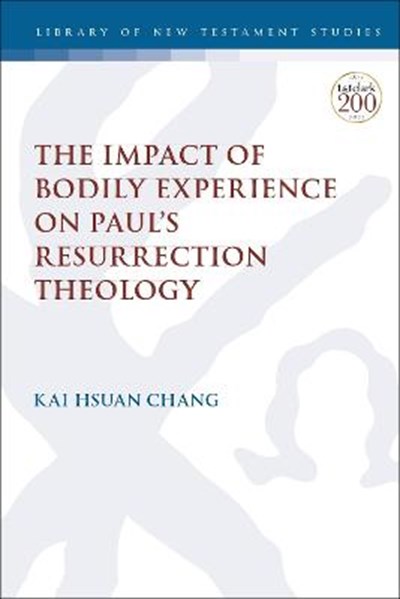 eBook FAQ
Add to Basket
Publisher: Bloomsbury Publishing PLC
ISBN: 9780567700919
Number of Pages: 176
Published: 21/10/2021
Width: 15.6 cm
Height: 23.4 cm
Description Author Information Reviews
Kai-Hsuan Chang engages with the longstanding scholarly debate concerning the development of Paul's resurrection theology, by investigating the correlation between his bodily experiences and his diverse articulations about resurrection. Drawing on insights from cognitive linguistics, Chang considers Paul's ideas about resurrection as fundamentally grounded in recurrent patterns of bodily experience, arguing that such experience of some religious activities in Paul's time-death rites, spirit possession, and baptism-contributed to the formation and development of his resurrection theology. Chang demonstrates that developments in Paul's ideas about "bodily transformation at resurrection" - reflected in 1 Corinthians 15 - resulted from a change in the experiential patterns on which his new idea is constructed, rather than "transformation during heavenly ascent" as seen in Jewish traditions of resurrection. He thus applies cognitive linguistic tools to two considerations; first, whether Paul had contextual reasons to generate his innovation in 1 Corinthians 15, and second, whether Paul's innovation recurred or had continual effects in Christian groups. In so doing, Chang shows that Paul's innovation directly addressed a contextual issue of death rites in Corinth and exerted a continuing effect on Paul's later ideas of transformation, spirit possession, and baptism.