Divine Christology in the Epistle to the Hebrews

The Son as God 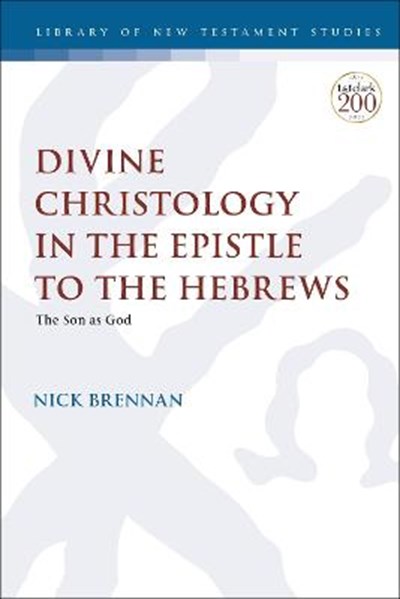 Divine Christology in the Epistle to the Hebrews

The Son as God

eBook FAQ
Add to Basket
Publisher: Bloomsbury Publishing PLC
ISBN: 9780567700964
Number of Pages: 248
Published: 21/10/2021
Width: 15.6 cm
Height: 23.4 cm
Description Author Information Reviews
Nick Brennan investigates the depiction of the Son's divine nature in the Epistle to the Hebrews; despite little attention being directly given to the Son's divinity in recent study of Hebrews, Brennan argues that not only is the Son depicted as divine in the Epistle, but that this depiction ranges outside the early chapters in which it is most often noted, and is theologically relevant to the pattern of the Author's argument. Beginning with a survey of the state of contemporary scholarship on the Son's divinity in Hebrews, and a discussion of the issues connected to predicating divinity of the Son in the Epistle, Brennan analyses the application of Old Testament texts to the Son which, in their original context, refer to God (1:6; 10-12), and demonstrates how the Pastor not only affirms the Son's divinity but also the significance of his exaltation as God. He then discusses how Heb 3:3, 4 witnesses to the divinity of the Son in Hebrews, explores debates on the relation of the Son's "indestructible life" (Heb 7:16) to his divinity, and demonstrates how two key concepts in Hebrews (covenant and sonship) reinforce the Son's divinity. Brennan thus concludes that the Epistle not only portrays the Son as God, but does so in a manner which is a pervasive aspect of its thought, and is theologically salient to many features of the Epistle's argument.