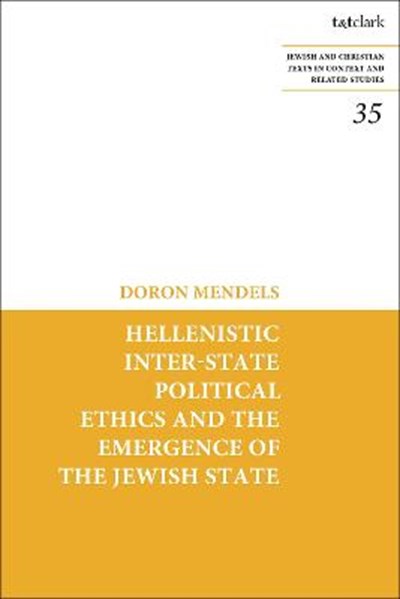 eBook FAQ
Add to Basket
Publisher: Bloomsbury Publishing PLC
ISBN: 9780567701398
Number of Pages: 192
Published: 16/12/2021
Width: 15.6 cm
Height: 23.4 cm
Description Author Information Reviews
Against the background of a reconstructed inter-state ethical code, the rise of the Hasmoneans,Judea's ruling dynasty, is given a new perspective. Doron Mendels explores how concepts such as liberty, justice, fairness, loyalty, reciprocity, adherence to ancestral laws, compassion, accountability and love of fatherland became meaningful in the relations between nations in the Hellenistic Mediterranean sphere, as well as between ruling empires and their subject states. The emerging Jewish state echoed this ethical system.

Doron Mendels is Max and Sophie Mydans Professor Emeritus in the Humanities at the Hebrew University of Jerusalem, Israel.