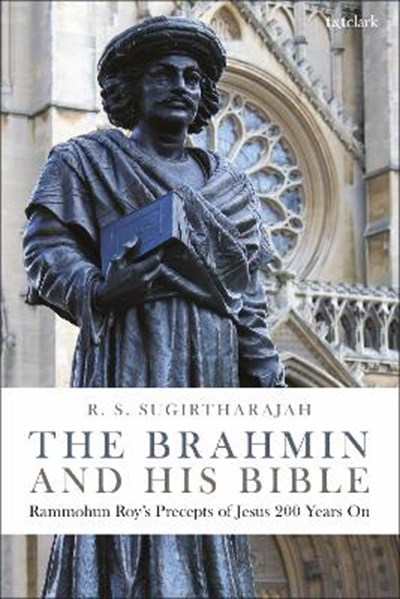 eBook FAQ
Add to Basket
Publisher: Bloomsbury Publishing PLC
ISBN: 9780567701992
Number of Pages: 160
Published: 09/09/2021
Width: 15.6 cm
Height: 23.4 cm
Description Author Information Reviews
On the bicentenary of the publication of Raja Rammohun Roy's Precepts of Jesus, R. S. Sugirtharajah situates Roy's compilation of the moral teachings of Jesus in its social, cultural and political context and analyses the hermeneutical issues it generated. In doing so, he documents the often acrimonious exegetical exchanges between Roy and the missionaries over the standing and status of the Bible; their often differing hermeneutical suppositions and strategies; their contradictory consturals of Jesus; and disputes about translations. Sugirtharajah addresses issues such as the place of the Precepts among earlier Gospel Harmonies, Roy's use of the Improved Version, a highly contentious Unitarian Bible, and his motives for translating his own Hindu texts. Sugirtharajah also demonstrates how Roy's work was a precursor to de-mythologization which the West took up later, and how Roy's identification of Jesus as an Asiatic, and his idea of a moral union between Father and Son, were routinely reused by later Indian writers. An additional feature is a critical look at Thomas Jefferson's The Life and Morals of Jesus of Nazareth, which appeared in the same year and which had a similar interpretative aim and aspiration. This volume also includes Roy's Precepts in full. There have been popular perceptions of Roy as someone who strongly disapproved of various Christian doctrines and was highly rationalistic in his outlook. Sugirtharajah demonstrates that Roy was much more complex in his writings. His initial rationalistic energy and passion, displayed in his Precepts, gave way to something much more intuitively and emotionally based which, ironically, did not disturb the foundations of Christianity but made them stronger and safer for Christians. Sugirtharajah brings to the fore a forgotten but significant work which raised important issues for biblical studies and the power relations between colonized and colonizer over the control of texts and interpretation. He draws lessons from this 19th-century colonial religious controversy for a postcolonial world where religious texts are manipulated to provoke religious hatred and violence.

R.S. Sugirtharajah is Emeritus Professor of Biblical Hermeneutics at the University of Birmingham, UK.