Jewish Apocalyptic Framework of Eschatology in the Epistle to the Hebrews

Protology and Eschatology as Background 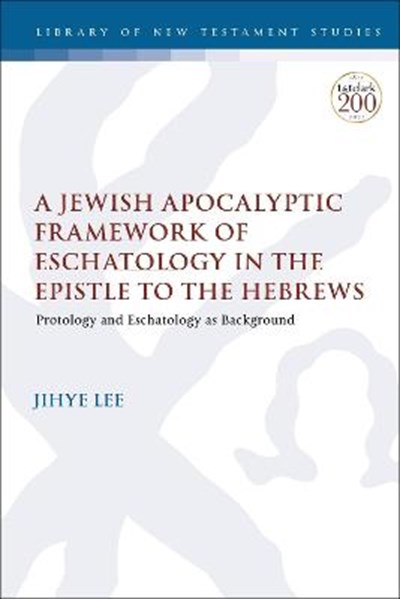 Jewish Apocalyptic Framework of Eschatology in the Epistle to the Hebrews

Protology and Eschatology as Background

eBook FAQ
Add to Basket
Publisher: Bloomsbury Publishing PLC
ISBN: 9780567702876
Number of Pages: 200
Published: 18/11/2021
Width: 15.6 cm
Height: 23.4 cm
Description Author Information Reviews
In contrast to scholarly belief that the author of the Epistle to the Hebrews envisions the transcendent, heavenly world as the eschatological inheritance of God's people, Jihye Lee argues that a version of an Urzeit-Endzeit eschatological framework - as observed in some Jewish apocalyptic texts - provides a plausible background against which the arguments of Hebrews are most comprehensively explained. Instead of transcendence to the heavenly world that will come after the destruction of the shakable creation, Lee suggests the possibility of a more dualistic new world. By first defining Urzeit-Endzeit eschatology, Lee is then able to explore its place in both pre and post 70 CE Second Temple Judaism. In examining Enoch, the Qumran Texts, Jubilees, the Liber Antiquitatum Biblicarum, 4 Ezra and 2 Baruch and finally the Book of Revelation, Lee compares a multitude of eschatological visions and the different depictions of the transformation of the world, judgement and the new world to come. Bringing these texts together to analyse the issue of God's Rest in Hebrews, and the nature of the Unshakable Kingdom, Lee concludes that Hebrews envisions the kingdom as consisting of both the revealed heavenly world and the renewed creation as the eschatological venue of God's dwelling place with his people.