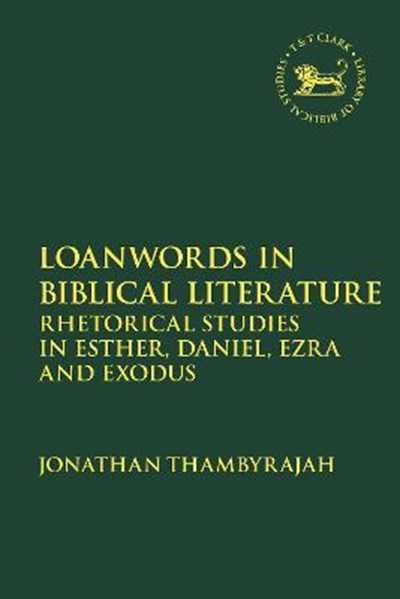 QTY
Add to Basket
Publisher: Bloomsbury Publishing PLC
ISBN: 9780567703064
Number of Pages: 272
Published: 30/06/2022
Width: 15.6 cm
Height: 23.4 cm
Description Author Information Reviews
In contrast to previous scholarship which has approached loanwords from etymological and lexicographic perspectives, Jonathan Thambyrajah considers them not only as data but as rhetorical elements of the literary texts of which they are a part. In the book, he explains why certain biblical texts strongly prefer to use loanwords whereas others have few. In order to explore this, he studies the loanwords of Esther, Daniel, Ezra and Exodus, considering their impact on audiences and readers. He also analyzes and evaluates the many proposed loan hypotheses in Biblical Hebrew and proposes further or different hypotheses. Loanwords have the potential to carry associations with its culture of origin, and as such are ideal rhetorical tools for shaping a text's audience's view of the nations around them and their own nation. Thambyrajah also focuses on this phenomenon, looking at the court tales in Esther and Daniel, the correspondence in the Hebrew and Aramaic sections of Ezra 1-7, and the accounts of building the tabernacle in Exodus, and paying close attention to how these texts present ethnicity.