Beyond Kant and Nietzsche

The Munich Defence of Christian Humanism 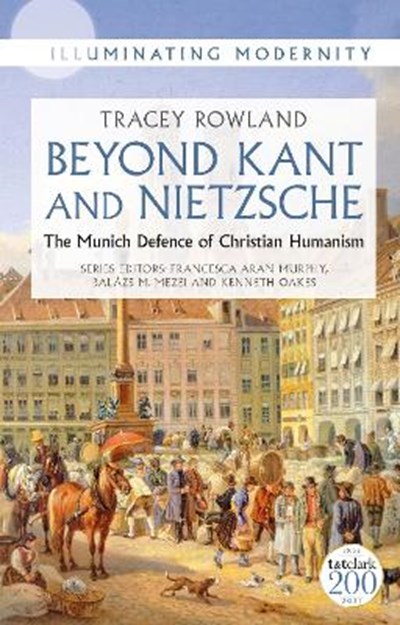 Beyond Kant and Nietzsche

The Munich Defence of Christian Humanism

eBook FAQ
Add to Basket
Publisher: Bloomsbury Publishing PLC
ISBN: 9780567703163
Number of Pages: 200
Published: 26/08/2021
Width: 13.8 cm
Height: 21.6 cm
Description Author Information Reviews
The Christian Humanist ideas of six Catholic scholars who were based in Munich during the first half of the 20th century are profiled in this volume. They were all interested in presenting and defending a Christian humanism in the aftermath of German Idealism and the anti-Christian humanism of Friedrich Nietzsche. They were seeking to offer hope to Christians during the darkest years of the Nazi regime and the post-Second World War era of shame, guilt and reconstruction.