Visions and Violence in the Pseudepigrapha 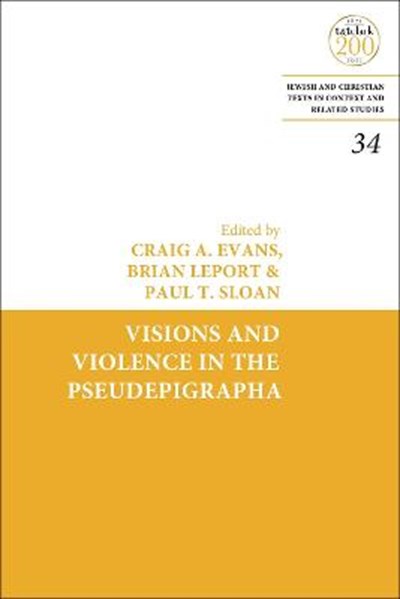 Visions and Violence in the Pseudepigrapha

eBook FAQ
Add to Basket
Publisher: Bloomsbury Publishing PLC
ISBN: 9780567703217
Number of Pages: 280
Published: 16/12/2021
Width: 15.6 cm
Height: 23.4 cm
Description Author Information Reviews
The nine essays that make up this volume provide cutting-edge studies of how sacred tradition is given new expression through vision and interpretation. The first four essays focus on the expansion of the sacred tradition primarily through vision. The evolution of the Solomon legacy, from wise king to healer and exorcist, is explored, as well as its contribution to the demonology of the desert fathers, especially as it concerns eroticism and sexual temptation. The varied receptions of the Revelation of the Magi and Shepherd of Hermas are also considered. The remaining five essays address important questions relating to polemic and violence in the Pseudepigrapha. How does the author of the Liber Antiquitatum Biblicarum justify God's alternating judgment and favor? How does Enoch's Animal Apocalypse make use of the Exodus tradition in its expression of deliverance? On what basis can the author of Qumran's War Scroll confidently predict Israel's vindication? And finally, what accounts for the appearance of the tradition of Gehenna, in which the wicked will meet their fiery end?