Gods, Spirits, and Worship in the Greco-Roman World and Early Christianity 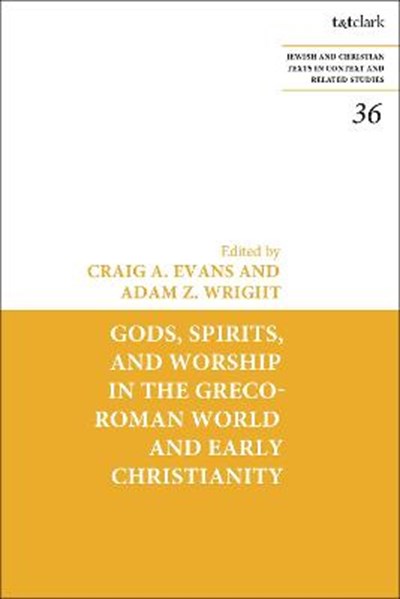 Gods, Spirits, and Worship in the Greco-Roman World and Early Christianity

eBook FAQ
Add to Basket
Publisher: Bloomsbury Publishing PLC
ISBN: 9780567703262
Number of Pages: 280
Published: 24/02/2022
Width: 15.6 cm
Height: 23.4 cm
Description Author Information Reviews
Greco-Roman religions and superstitions, and early Christianity's engagement with them, are explored in 12 unique studies. The beliefs and fears with regard to demons (or daimons), their origins, and threatening behavior are examined, both in their pagan and Judaeo-Christian contexts. These new studies look at the Greco-Roman heroic gods, how they faced death, and how James and John, the "sons of Thunder," may well have been viewed in some circles as the equivalent of the "sons of Zeus", Castor and Pollux. The contributors also explore Roman omens, especially as they relate to Rome's legendary founder Romulus and what light they shed on the omens that accompany the birth and death of Jesus of Nazareth. Particular focus is placed upon Paul, binding spells, women and hymns of exaltation, along with atheism in late antiquity, with special consideration of the charlatan Alexander. Finally, there is a re-visitation of the confusion, misinformation and legends surrounding the discovery of the Qumran caves, including fear of jinn. This book provides invaluable resources for precisely how early Christians interacted with different ideas and traditions around gods and spirits - both benevolent and malevolent - in the Greco-Roman world.

Craig A. Evans is the John Bisagno Distinguished Professor of Christian Origins at Houston Baptist University in Texas, USA. Adam Z. Wright is Assistant Professor of New Testament and Director of Online Studies at the College of Emmanuel & St. Chad, Canada.