Remaking the World of the Second Century CE 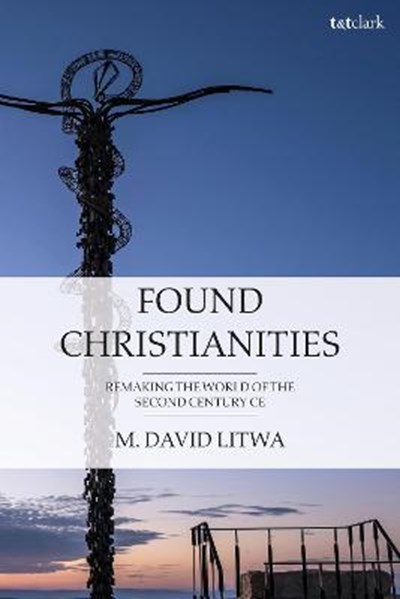 Remaking the World of the Second Century CE

QTY
Add to Basket
Publisher: Bloomsbury Publishing PLC
ISBN: 9780567703873
Number of Pages: 336
Published: 24/03/2022
Width: 15.6 cm
Height: 23.4 cm
Description Author Information Reviews
M. David Litwa tells the stories of the early Christians whose religious identity was either challenged or outright denied. In the second century many different groups and sects claimed to be the only Orthodox or authentic version of Christianity, and Litwa shows how those groups and figures on the side of developing Christian Orthodoxy often dismissed other versions of Christianity by refusing to call them "Christian". However, the writings and treatises against these groups contain fascinating hints of what they believed, and why they called themselves Christian. Litwa outlines these different groups and the controversies that surrounded them, presenting readers with an overview of the vast tapestry of beliefs that made up second century Christianity. By moving beyond notions of "gnostic", "heretical" and "orthodox" Litwa allows these "lost Christianities" to speak for themselves. He also questions the notion of some Christian identities "surviving" or "perishing", arguing that all second century "Catholic" groups look very different to any form of modern Roman Catholicism. Litwa shows that countless discourses, ideas, and practices are continually recycled and adapted throughout time in the building of Christian identities, and indeed that the influence of so-called "lost" Christianities can still be felt today.

M. David Litwa is research fellow in biblical studies and early Christianity at Australian Catholic University, Australia. Litwa is the author of many books, most recently Posthuman Transformation in Ancient Mediterranean Thought and The Evil Creator: Origins of an Early Christian Idea.