Reading the New Testament as Scripture 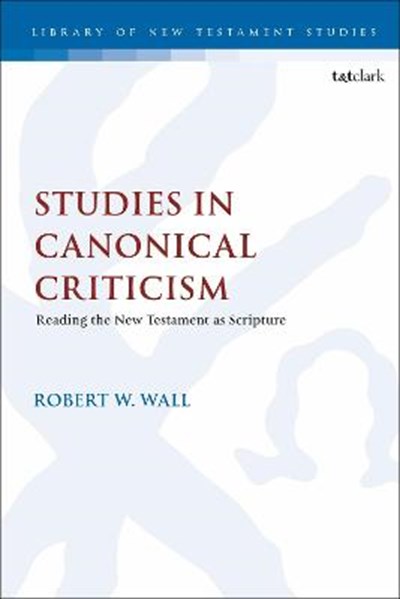 Reading the New Testament as Scripture

eBook FAQ
Add to Basket
Publisher: Bloomsbury Publishing PLC
ISBN: 9780567704825
Number of Pages: 208
Published: 30/12/2021
Width: 15.6 cm
Height: 23.4 cm
Description Author Information Reviews
As one of the leading figures in New Testament studies, Robert W. Wall has continually focused on the function of the New Testament as a "canonical" or authoritative collection of writings, reflecting not only the content and essence of the Church's emerging faith, but also the life to that community of followers of Jesus who eventually became widely known as "Christians." In the vein of his defining work, The New Testament as Canon: A Reader in Canonical Criticism, Wall now reflects upon his more recent body of study. Always emphasizing 'canonical conversation', Wall had collected and revised some of his most important essays of the last two decades, including Unity of Luke and Acts (2010), The Unifying Theology of the Catholic Epistles (2003-13) and Images of Church in John's Revelation (2015). Completed by a new essay on the canonical approach to the Paratext of Hebrews, and with vital "introductory notes" for each chapter that highlight both Wall's revisions and his response to critical reception, this book is yet one more asset in Wall's continuing pursuit of the canonical function of the church's Scriptures.