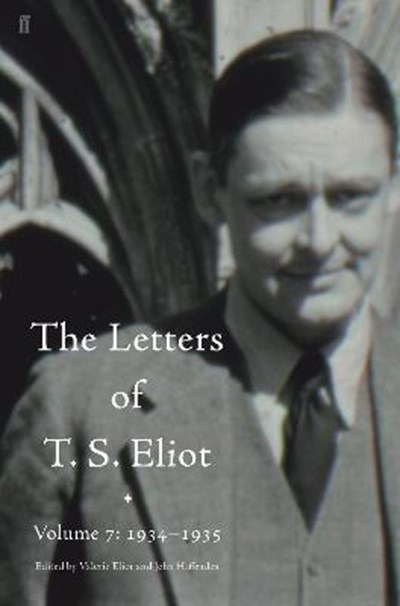 QTY
Add to Basket
Publisher: Faber & Faber
ISBN: 9780571316366
Number of Pages: 1002
Published: 01/06/2017
Width: 16 cm
Height: 24 cm
Description Author Information Reviews
T. S. Eliot's career as a successful stage dramatist gathers pace throughout the fascinating letters of this volume. Following his early experimentation with the dark comedy Sweeney Agonistes (1932), Eliot is invited to write the words of an ambitious scenario sketched out by the producer-director E. Martin Browne (who was to direct all of Eliot's plays) for a grand pageant called The Rock (1934). The ensuing applause leads to a commission from the Bishop of Chichester to write a play for the Canterbury Festival, resulting in the quasi-liturgical masterpiece of dramatic writing, Murder in the Cathedral (1935). A huge commercial success, it remains in repertoire after eighty years. Even while absorbed in time-consuming theatre work, Eliot remains untiring in promoting the writers on Faber's ever broadening lists - George Barker, Marianne Moore and Louis MacNeice among them. In addition, Eliot works hard for the Christian Church he has espoused in recent years, serving on committees for the Church Union and the Church Literature Association, and creating at Faber & Faber a book list that embraces works on church history, theology and liturgy. Having separated from his wife Vivien in 1933, he is anxious to avoid running into her; but she refuses to comprehend that her husband has chosen to leave her and stalks him across literary society, leading to his place of work at the offices of Faber & Faber. The correspondence draws in detail upon Vivien's letters and diaries to provide a picture of her mental state and way of life - and to help the reader to appreciate her thoughts and feelings.