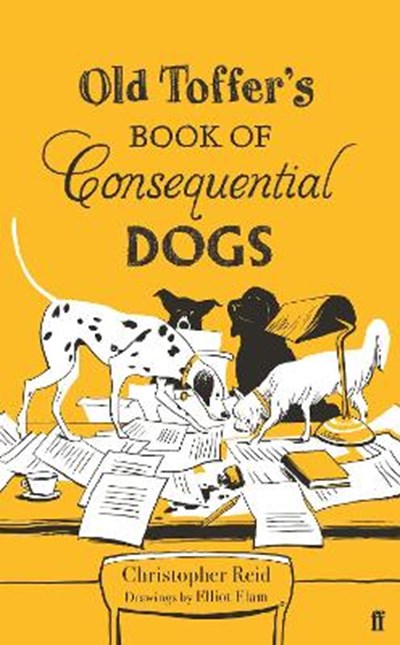 QTY
Add to Basket
Publisher: Faber & Faber
ISBN: 9780571334094
Published: 04/10/2018
Description Author Information Reviews
I've rounded up a rowdy assembly Of my own Consequential Dogs As counterparts to Eliot's mogs. Mine are a rough and ready bunch: You wouldn't take them out to lunch . . . But if they strike you as friendly, funny, Full of bounce and fond of a romp, Forgetful of poetic pomp, I trust you'll take them as you find them And, at the very least, not mind them. T. S. Eliot's best-selling collection of practical cat poems has been one of the most successful poetry collections in the world. For the first time in company history a companion volume will be published. Originally conceived by Eliot himself, Old Toffer's Book of Consequential Dog poems are a witty, varied and exquisitely compiled as Eliot's cats.

Christopher Reid is the author of many books of poems, including A Scattering (winner of the Costa Book of the Year Award 2009), The Song of Lunch, Nonsense and The Curiosities. For his first collection of poems for children, All Sorts, he received the Signal Award 2000. From 1991 to 1999 he was Poetry Editor at Faber & Faber, where T.S. Eliot once worked. His Letters of Ted Hughes appeared in 2007 and he is now editing a selection of Seamus Heaney's correspondence for publication in a few years' time. Elliot Elam is a self-trained illustrator living in Walthamstow. Over the years he has illustrated for all sorts of publications, including the BBC, Channel 4, The Big Issue, The Guardian, Penguin Books and Victoria University Press. Elliot has also built theatre sets and painted scenery and carnival floats at Disneyland. He illustrated the cover for Six Bad Poets, also by Christopher Reid.