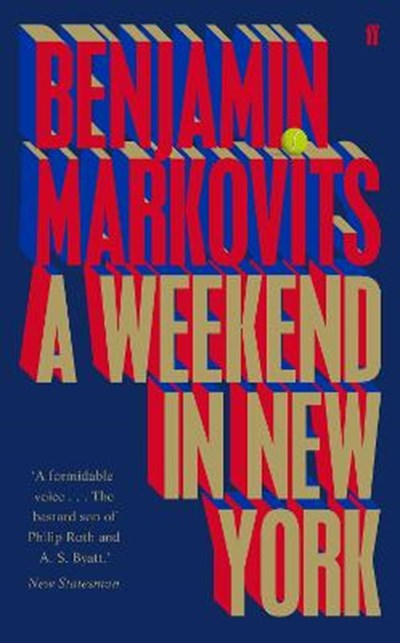 QTY
Add to Basket
Publisher: Faber & Faber
ISBN: 9780571338054
Number of Pages: 352
Published: 07/06/2018
Width: 13.5 cm
Height: 21.6 cm
Description Author Information Reviews
'What are you feeling so anxious about? I'm the guy who has to go out there and lose.' 'That's what I don't like. That's what you don't realise. It's harder on the rest of us.' 'I'm sure it must be,' he said. Tolstoy claimed: 'All happy families are alike; each unhappy family is unhappy in its own way'. But what if the happy families are actually the most unusual of all? Paul Essinger is a mid-ranking tennis professional on the ATP tour. His girlfriend Dana is an ex-model and photographer, and the mother of their two-year-old son, Cal. Together they form a tableau of the contented upper-middle-class New York family. But summer storms are blowing through Manhattan, and Paul's parents have come to stay in the build-up to the US Open. Over the course of the weekend, several generations of domestic tension are brought to boiling point . . . What does it mean to be a family? To be an individual? And how do we deal with the responsibilities these roles impose upon us? A Weekend In New York intertwines the politics of the household and the state to forge a luminous national portrait on a deceptively local scale. Recalling some of America's most celebrated novelists - this is John Updike's Rabbit for a new generation - Benjamin Markovits' writing reminds us of the heights that social realism can reach.

Benjamin Markovits grew up in Texas, London and Berlin. He is the author of seven previous novels: The Syme Papers, Either Side of Winter, Imposture, A Quiet Adjustment, Playing Days, Childish Loves, and You Don't Have To Live Like This. He has published essays, stories, poetry and reviews on subjects ranging from the Romantics to American sports in the Guardian, Granta, The Paris Review and The New York Times, among other publications. He lives in London and teaches creative writing at Royal Holloway, University of London.