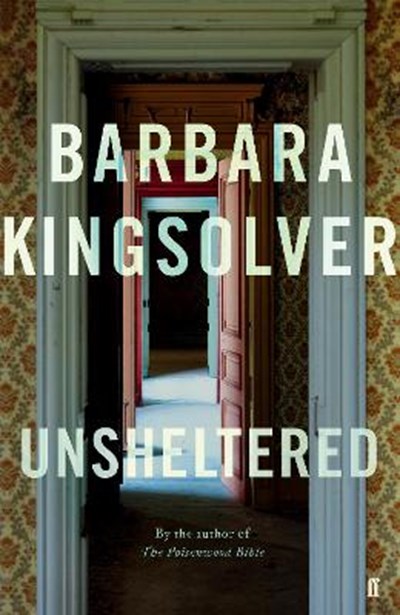 QTY
Add to Basket
Publisher: Faber & Faber
ISBN: 9780571346981
Published: 18/10/2018
Description Author Information Reviews
THE NEW NOVEL FROM ORANGE PRIZE WINNER AND INTERNATIONAL BESTSELLER BARBARA KINGSOLVER 2016 Vineland Meet Willa Knox, a woman who stands braced against an upended world that seems to hold no mercy for her shattered life and family - or the crumbling house that contains her. 1871 Vineland Thatcher Greenwood, the new science teacher, is a fervent advocate of the work of Charles Darwin, and he is keen to communicate his ideas to his students. But those in power in Thatcher's small town have no desire for a new world order. Thatcher and his teachings are not welcome. Both Willa and Thatcher resist the prevailing logic. Both are asked to pay a high price for their courage. But both also find inspiration -- and an unlikely kindred spirit -- in Mary Treat, a scientist, adventurer and anachronism. A testament to both the resilience and persistent myopia of the human condition, Unsheltered explores the foundations we build in life, spanning time and place to give us all a clearer look at those around us, and perhaps ourselves. It is a novel that speaks truly to our times.

Barbara Kingsolver's work has been translated into more than twenty languages and has earned a devoted readership. In 2010 she won the Orange Prize for The Lacuna and her 2012 novel Flight Behaviour was shortlisted for the Women's Prize for Fiction. Before she made her living as a writer, Kingsolver earned degrees in biology and worked as a scientist. She now lives with her family on a farm in southern Appalachia.