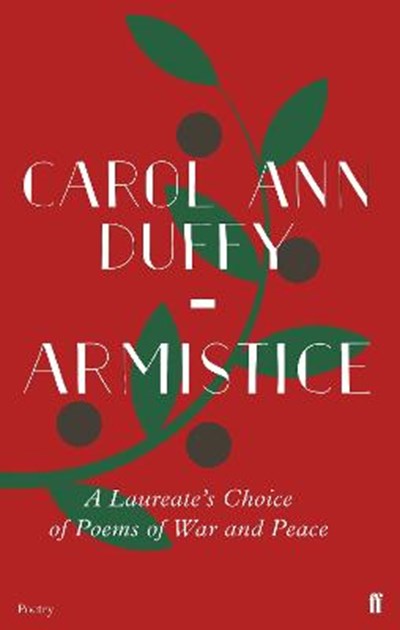 QTY
Add to Basket
Publisher: Faber & Faber
ISBN: 9780571347070
Number of Pages: 184
Published: 18/10/2018
Width: 14.7 cm
Height: 22.2 cm
Description Author Information Reviews
The Armistice of 1918 brought ceasefire to the war on the Western Front, but 'the Great War' would not as hoped be 'the war to end all wars'. In this affecting selection, the Poet Laureate, Carol Ann Duffy, guides us deep into the act and root of 'armistice': its stoppage or 'stand' of arms, its search for truce and ceasefire. In 100 poems, our most cherished poets of the Great War speak alongside those from other conflicts and cultures, so that we hear some of the lesser-heard voices of war, including wives, families, those left behind. These poems of war and peace memorialise the horror and the tragedy of conflict. At the same time, in armistice, they become a record of renewal and a testimony to hope.

Carol Ann Duffy won the 1993 Whitbread Award for Poetry and the Forward Prize for Best Collection for Mean Time. The World's Wife received the E. M. Forster Award in America, while Rapture won the T. S. Eliot Prize 2005. She is Professor of Contemporary Poetry at Manchester Metropolitan University. Her most recent volumes are New and Collected Poems for Children (2009) and The Bees (2011), which won the Costa Poetry Award. Her Collected Poemswas published in 2015. She is Poet Laureate.