Fight to the Finish 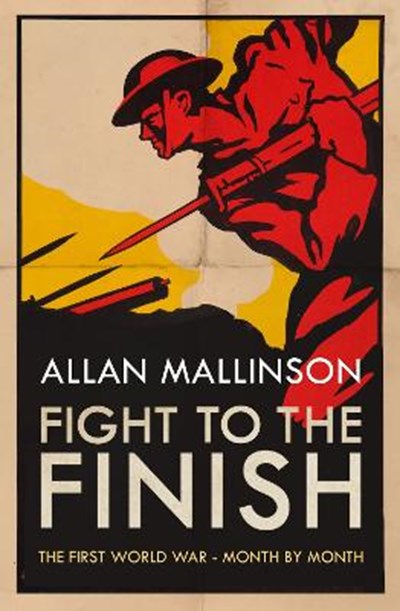 Fight to the Finish

Publisher: Transworld Publishers Ltd
ISBN: 9780593079140
Number of Pages: 432
Published: 18/10/2018
Width: 16.2 cm
Height: 24 cm
Description Author Information Reviews
'Mallinson . . . combines the authority of a soldier-turned-military historian with the imaginative touch of the historical novelist.' Lawrence James, THE TIMES We remember months, because months have names, because they are linked to the seasons, and because they have their own character. Looking at the First World War month by month reveals its complexity while preserving a sense of time. From the opening shots to the signing of the armistice, the First World War lasted almost 52 months. It was fought on land, sea and in the air. It became industrial, and unrestricted: poison gas, aerial bombing of cities, and the sinking without warning of merchantmen and passenger ships by submarines. Casualties, military and civilian, probably exceeded 40 million. Four empires collapsed during the course of the war - the German, Austro-Hungarian, Russian and Ottoman. The First World War is almost impossible to comprehend. Day-by-day narratives can be dizzying for the reader wanting to make sense of the conflict as a whole. Freer-flowing accounts, while helping to understand the broader trends and factors, can give less of a sense of the human dimension of time. The month is a more digestible gauge. Based on the Allan Mallinson's monthly commentaries in The Times throughout the centenary, Fight to the Finish is a new and original portrait of "The War to End War."

A professional solder for thirty-five years, Allan Mallinson began writing while still serving. His first book was a history of four regiments of British light dragoons, one of which he commanded. His debut novel was the bestselling A Close Run Thing, the first in an acclaimed series chronicling the life of a fictitious cavalry officer before and after Waterloo (The Tigress of Mysore is the fourteenth in the series). His The Making of the British Army was shortlisted for a number of prizes, while 1914: Fight the Good Fight won the British Army's 'Book of the Year' Award. Its sequel, Too Important for the Generals, is a provocative look at leadership during the Great War, while Fight to the Finish is a comprehensive history of the First World War, month by month. Allan Mallinson reviews for the Spectator and the TLS and also writes for The Times. He lives on Salisbury Plain.