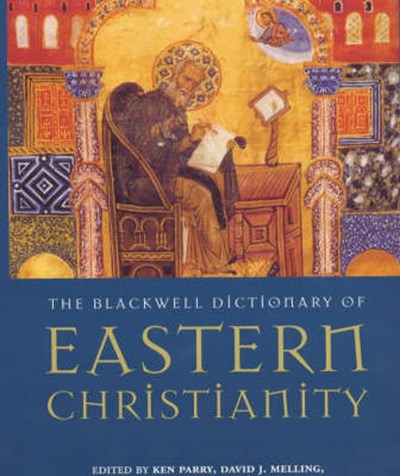 QTY
Add to Basket
Publisher: John Wiley and Sons Ltd
ISBN: 9780631189664
Number of Pages: 604
Published: 03/09/2000
Width: 19.4 cm
Height: 26.2 cm
Description Author Information Reviews
Containing over 700 articles, this Dictionary allows the reader to explore Eastern Christian civilization with its cultural and religious riches. The articles are written by a team of 50 international contributors, including leading historians, theologians, linguists, philosophers, patrologists, musicians, and scholars of liturgy and iconography. The Dictionary covers both the major living traditions of Eastern Christianity and some which are very little known. It offers balanced treatment of the Byzantine traditions (Greek, Slav, Romanian and Georgian), and the Oriental traditions (Armenian, Assyrian, Coptic, Ethiopian, Syrian, Indian), taking account of Orthodox, Catholic and Reformed communities. Both communities in their original homelands and the diaspora, exile and convert communities worldwide are considered. The articles do not present Eastern traditions in terms of Western Christian interests and a Western view of Christian history, but in terms that Eastern Christians will recognise. Readers will be able to use the Dictionary as a basic source of information about the different Eastern Christian churches, and to locate information that they would have difficulty finding elsewhere. The longer articles put terms, concepts, people and events into context. They offer ways of exploring unfamiliar connections and of making useful comparisons. Cross-references lead the reader to related topics and background issues. A comprehensive index lists every important name and topic that appears in the Dictionary and helps the reader to navigate the volume.

"It includes almost 700 entries in a manageable volume that provides both a handy basis for study and a readable source for browsing ... Its major success results from the way in which it combines together information about all the churches of the Eastern traditions, and so allows their similarities and differences of thought, practice and history to be discerned ... This is a work that will be of use and interest to both specialist researchers and student readers, and it should be welcomed onto the shelves of both scholars and librarians." Islam and Christian Muslim Relations "The Dictionary is a valuable resource intended not only for students and scholars, but for anyone interested in Eastern Christianity. It will open up a new Christian world to the beginner, and extend the knowledge of those already acquainted with the Eastern Churches." Theology "There is a high level of scholarship for all the entries which makes this Dictionary a reliable reference work." Adamantius, Newsletter of the Italian Research Group on "Origen and the Alexandrian Tradition" "All libraries should have this handy volume." International Review of Biblical Studies "There is plenty here to learn and inspire." European Journal of Theology "...for matters liturgical, historical, and theological relating to the eastern churches, from ancient times to the present it has no equal. The longer articles covering the history of various national churches, geographical regions, and missions are excellent." Theology Today