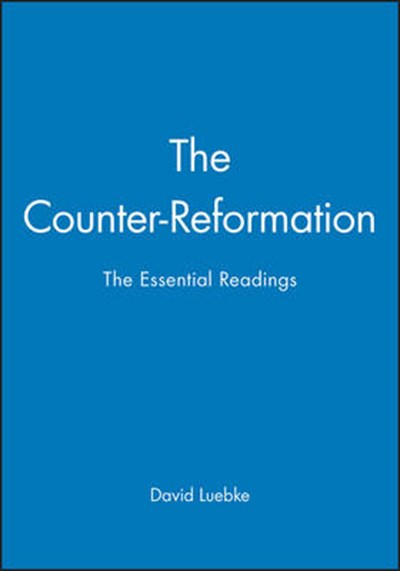 QTY
Add to Basket
Publisher: John Wiley and Sons Ltd
ISBN: 9780631211044
Published: 27/08/1999
Description Author Information Reviews
This book comprises nine key articles on the Counter-Reformation, introduced and contextualized for the student reader. They show that these reforms were more than a mere reaction against the Protestant challenge to Catholic doctrine and institutions, rather, they also constituted an internal renewal that transformed sixteenth and seventeenth-century Catholic religious life in many complex ways. The collection surveys the conceptual and geographical range of work on the subject since 1945, and includes innovative articles on spirituality, the religious life of ordinary Catholics, the work of missionaries in the New World, and the changing role of women in Catholic culture. The essays are divided into two groups - 'Definitions' and 'Outcomes' - to illustrate the distinction between reform as a historical idea and as set of processes. The book provides an ideal starting point for an exploration into key topics of debate surrounding this central event of European history.

David Martin Luebke is Assistant Professor of History at the University of Oregon, where he teaches on the history of Germany and early modern Europe. He is author of His Majesty's Rebels: Communities, Factions, and Rural Revolt in the Black Forest, 1725-1745 (1997) and many articles on popular politics and religion in early modern Germany.