The Body and Desire in Cinema and Theology 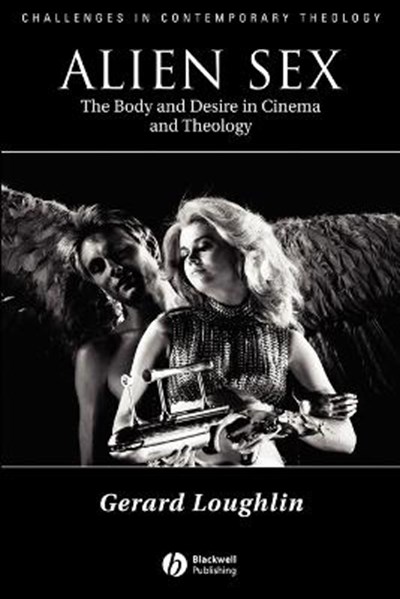 The Body and Desire in Cinema and Theology

Publisher: John Wiley and Sons Ltd
ISBN: 9780631211808
Number of Pages: 336
Published: 20/11/2003
Width: 16.3 cm
Height: 22.7 cm
Description Author Information Reviews
Gerard Loughlin is one of the leading theologians working at the interface between religion and contemporary culture. In this exceptional work, he uses cinema and the films it shows to think about the church and the visions of desire it displays. It discusses various films, including "The Alien Quartet", Christopher Nolan's "Memento", Stanley Kubrick's "2001: A Space Odyssey and A Clockwork Orange", Nicolas Roeg's "The Man Who Fell to Earth" and Derek Jarman's "The Garden". It draws on a wide range of authors, both ancient and modern, religious and secular, from Plato to Levinas, from Karl Barth and Hans Urs von Balthasar to Andre Bazin and Leo Bersani. It uses cinema to think about the church as an ecclesiacinema, and films to think about sexual desire as erotic dispossession, as a way into the life of God. It is written from a radically orthodox Christian perspective, at once both Catholic and critical.

Gerard Loughlin is Senior Lecturer in Religious Studies at the University of Newcastle upon Tyne, UK. He is a founding co-editor of the journal Theology & Sexuality.

"Absolutely brilliant." Stanley Hauerwas, Duke University "Alien Sex is part of Blackwell's Challenges in Contemporary Theology series, a series that has produced some of the most creative theological thinking in recent years. Loughlin's book is no exception... Loughlin's innovative method of dealing with his material is in line with the theological approach taken but also connects with the cinematic perspective. His subject matter, however, covers a wider range of interests than film and theology and delves into the realms of art history and literature. ... Loughlin's Alien Sex is an extremely interesting and important work." Journal of the American Academy of Religion "Alien Sex presents Gerard Loughlin's incarnational theology in a compelling mantle of film theory... The book's three parts... display continual jump cuts between film texts, theology, and philosophy with dizzying effect, but Loughlin keeps readers from potential frustration through fascinating readings of a wide array of films... he works wonders with eclectic and appropriate juxtapositions of theological and scriptural texts." Journal of Religion "Alien Sex refuses, without coyness, to be quite the book promised by its subtitle. It is the more dazzling for the refusal... Alien Sex is rather an exercise in writing about incarnation under the present regime of mass images. It inter-cuts traditional Christian discourses with selections from recent films in hopes of recognizing holy bodies... Loughlin's book is not theology and film; it is theology after film - theology simply and splendidly... The final effect - despite and because of its brilliance - raises questions." Studies in Christian Ethics "It is frankly difficult to see how a book with a title like this could fail to be interesting and Loughlin does not disappoint... [It is] difficult to imagine anyone other than Loughlin bringing together Christian tradition and pop culture in such a provocative and endlessly inventive way... Loughlin's work is an important revisionary reading of the role of sexuality in both theological tradition and secular modernity... I would nominate this brilliant synthesis of theology, film and cultural theory as my book of the year within the field [of religion]." The Year's Work in Critical and Cultural Theory (2005) "Loughlin envisages a complete remodelling of traditional Christian ideas on the place and importance of sexual activity in life... Loughlin's subject will increasingly preoccupy intellectually, socially and morally adventurous Christians, and there will be changes in the Church's attitudes to sex in the decades to come." Times Literary Supplement