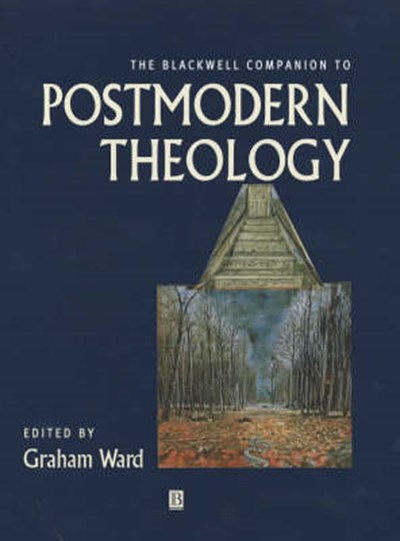 QTY
Add to Basket
Publisher: John Wiley and Sons Ltd
ISBN: 9780631212171
Published: 07/11/2001
Description Author Information Reviews
This companion provides a definitive collection of essays on postmodern theology, drawing on the work of those individuals who have made a distinctive contribution to the field, and whose work will be significant for the theologies written in the new millennium. Each essay is introduced with a short account of the writer's previous work, enabling the reader to view it in context. The collection is prefaced with an introduction that situates postmodern theology with respect to other forms of contemporary theology, such as liberalism and conservatism, and evaluates the cultural context in which postmodern theology can be viewed. The companion is divided into seven parts: aesthetics, ethics, gender, hermeneutics, phenomenology, heideggerians, and derrideans. Graham Wade is one of the most outstanding and original theologians working in the field today. This lively collection will have an international appeal, providing readers with the definitive guide to theology and postmodernism.

The Revd Dr Graham Ward teaches at the Centre for Religion, Culture and Gender at the University of Manchester. His previous publications with Blackwell Publishers include The Postmodern God (1997) and The Certeau Reader (1999).

"If you think you know what postmodern theology is, or think you don't know, either way these remarkable essays will change your mind: written by Jews, Christians and atheists; indebted to Plato, the Bible and Augustine; haunted by Heidegger, Levinas, Foucault and Derrida; dealing with jazz, the Shoah, the ecological crisis, the American prison system and many other topics; some long and patient, others short and cryptic, all asking to be read more than once. You may still not know at the end but you will certainly have seen the variety and vitality of what theologians are doing, in these postmodern times, and the zest with which they do it." Fergus Kerr, Blackfriars "Connecting theology to a variety of disciplines and intellectual traditions, this companion provides an exciting sample of the current work of postmodern theologians. Many of the essays are ground-breaking, as the fields of theology and religious thought move forward into the next century. The polyphony of the volume provides surprising moments of harmony (and discord). This is a valuable sequel to Ward's THEPOSTMODERN GOD, and will be useful in the classroom." Robert Gibbs, University of Toronto "The essays provide a lofty introduction to contemporary theology. The introductory essay by Ward is as good as it gets on this topic." Choice "Among the delights of this collection are the essays that dare to reconsider some of the 'bad guys' in the official postmodern story: thus Catherine Pickstock endeavours to rescue Plato from his Nietzschean decriers, by re-reading the Republic through the Laws to offer an account of Plato's politics as liturgical rather than totalitarian; while Jean-Luc Marion even seeks to learn from the much-despised Descartes." Literature & Theology "a...useful and exciting volume, bringing together the work of religious scholars and theologians across a wide spectrum, creating space for their current work independently from a given theme, showing them sometimes in agreement, sometimes in heated argument with each other." Anglican Theological Review "A book good libraries should have." Theological Studies