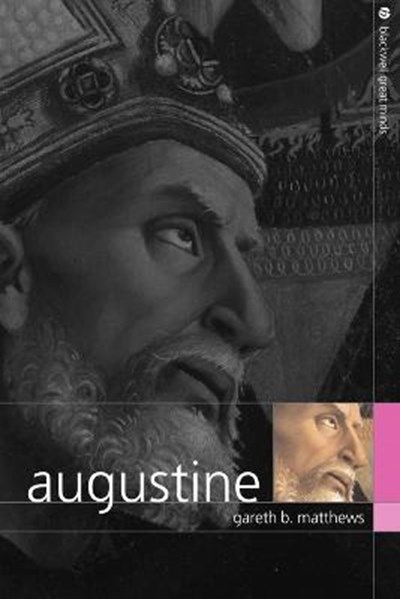 QTY
Add to Basket
Publisher: John Wiley and Sons Ltd
ISBN: 9780631233480
Number of Pages: 160
Published: 06/12/2004
Width: 15.2 cm
Height: 22.8 cm
Description Author Information Reviews
This lucid survey takes readers on a thought-provoking tour through the life and work of Augustine. This title explores new insights into one of antiquity's most important philosophers. Topics of this title include: skepticism, language acquisition, mind-body dualism, philosophical dream problems, time and creation, faith and reason, foreknowledge and free will, and Augustine's standing as a 'Socratic philosopher'.

Gareth B. Matthews is Professor of Philosophy at the University of Massachusetts. His publications include Socratic Perplexity and the Nature of Philosophy (1999), The Augustinian Tradition (ed., 1999) and Augustine: On the Trinity - Books 8-15 (ed., 2002).

"...we are all indebted to Matthews for continuing to draw attention to Augustine's philosophical range and relevance." Sarah Byers, Notre Dame Philosophical Reviews "Matthews is one of the world's leading authorities - perhaps the leading authority - on Augustine the philosopher. In this book, he provides a series of vignettes of Augustine in philosophical action: arguing against the skeptics, worrying about the nature of time, trying to dissipate the tensions between foreknowledge and free will, and trying to figure out what counts as a lie. There is no one better equipped to spot these issues and subject them to sensitive, sympathetic, yet critical analysis." William Mann, University of Vermont "Matthews's beautifully clear voice, penetrating eye, and delicate touch bring Augustine's puzzles and arguments vividly to life for twenty-first-century readers. While there is no better general introduction to Augustine's philosophical ideas, Matthews's Augustine holds treasures for scholars and specialists as well." Scott MacDonald, Cornell University. "Matthews style throughout the book is very easy to read. He includes many lengthy quotations whether this be Augustine, Hume, or Zeno... This is a very good book. It will prove useful for all graduate and post-graduate students, as well as any armchair philosopher and theologian!" Themelios