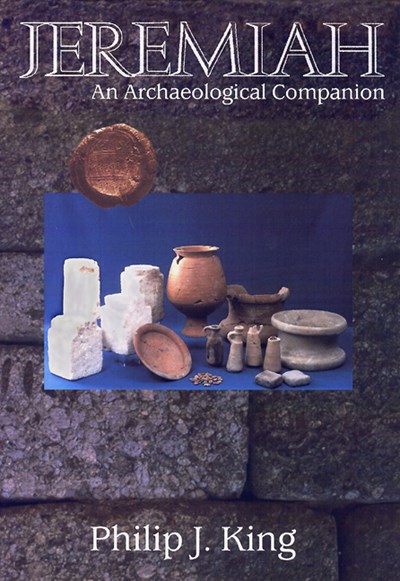 Join now Find out more
Publisher: Westminster/John Knox Press,U.S.
ISBN: 9780664224431
Number of Pages: 232
Published: 01/10/1993
Width: 15.2 cm
Height: 22.9 cm
Description Author Information Reviews
Philip King utilizes archaeological artifacts and texts of the late seventh and early sixth centuries BCE, many of them unpublished or not easily accessible, to elucidate the text of the book of Jeremiah, a book that is sometimes described as difficult and whose formation is complicated. By doing so, he adds important spatial and temporal dimension to the history of Israel and to the literature about the life of one of its most significant prophets: Jeremiah.

Philip J. King is Professor Emeritus of Biblical Studies at Boston College in Chestnut Hill, Massachusetts. He is a former president of the American Schools of Oriental Research, the Society of Biblical Literature, and the Catholic Biblical Association of America.