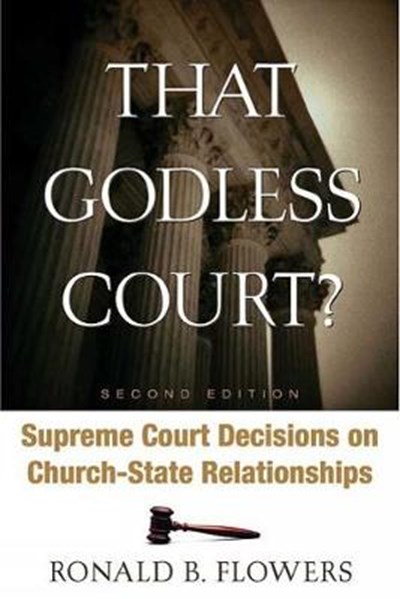 Join now Find out more
Publisher: Westminster/John Knox Press,U.S.
ISBN: 9780664228910
Number of Pages: 240
Published: 02/09/2005
Width: 15.2 cm
Height: 22.9 cm
Description Author Information Reviews
The religion clauses of the First Amendment, which seem simple and clear, have been and continue to be controversial in their application. Church-state issues have never been more complex, controversial, and divisive than they are today. In this helpful and instructive book, Ronald B. Flowers explains clearly and concisely the intricacies and implications of Supreme Court decisions in the volatile area of church-state relations. This is an ideal primer for those Americans who have listened to the debates about what the Supreme Court has and has not said about the relationship between church and state, and where the boundaries between the two have been eroded. It is also ideal for use in the classroom, specifically in undergraduate courses in religion and the court, introductions to U.S. constitutional law, constitutional law and politics, and the Supreme Court. The book is also a helpful tool for pastors, clarifying contemporary church-state issues that impact their churches and parishioners directly and indirectly.

Ronald B. Flowers is John F. Weatherly Professor Emeritus of Religion at Texas Christian University in Fort Worth, Texas.