Responsibility of the Church for Society and Other Essays 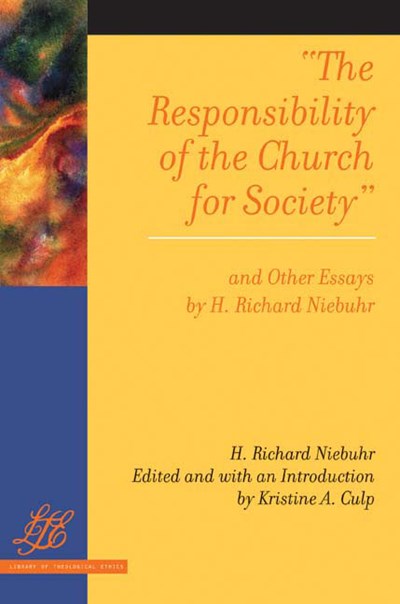 Responsibility of the Church for Society and Other Essays

Join now Find out more
Publisher: Westminster/John Knox Press,U.S.
ISBN: 9780664230487
Number of Pages: 184
Published: 01/04/2008
Width: 15.2 cm
Height: 22.9 cm
Description Author Information Reviews
This collection of essays from one of America's great theological minds explores the nature and meaning of Christian community. First published between 1945 and 1960, these essays make clear for the first time H. Richard Niebuhr's moral theology of the church. Understanding Christianity itself as a movement--and not an institution--Niebuhr argues that, at their best, Christian communities should express the ongoing, transforming relation of God and the world. The Library of Theological Ethics series focuses on what it means to think theologically and ethically. It presents a selection of important and otherwise unavailable texts in easily accessible form. Volumes in this series will enable sustained dialogue with predecessors though reflection on classic works in the field.

H. Richard Niebuhr (1894-1962) was a prominent twentieth-century American theologian. He was Sterling Professor of Theology and Christian Ethics at Yale University Divinity School in New Haven, Connecticut. He is known for his books The Responsible Self and Radical Monotheism and Western Culture.