Prayers for the New Social Awakening

Inspired by the New Social Creed 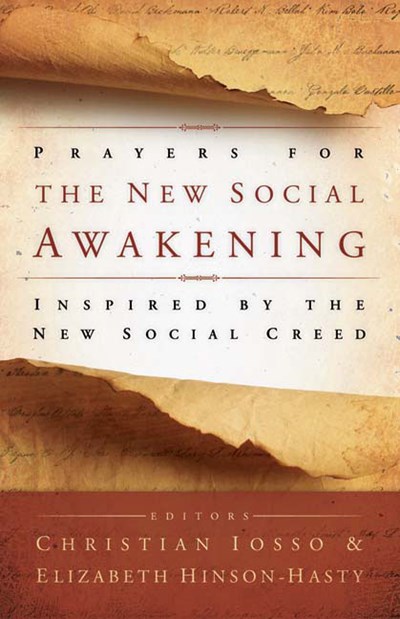 Prayers for the New Social Awakening

Inspired by the New Social Creed

Join now Find out more
Publisher: Westminster/John Knox Press,U.S.
ISBN: 9780664232122
Published: 15/05/2008
Description Author Information Reviews
In honor of the one-hundredth anniversary of the 1908 Social Creed and the development of a Social Creed for the twenty-first century, Chris Iosso and Elizabeth Hinson-Hasty have compiled new prayers from well-known church and community leaders. This seminal volume includes the words from the new Social Creed and prayers reflecting social justice themes referenced in the creed, including poverty, economic justice, and care for the environment. Walter Brueggemann, John Buchanan, Tony Campolo, Katie Geneva Cannon, and Marian Wright Edelman are among contributors, making this an important resource for laity and congregational leaders in every denomination for the next century.

Christian Iosso is the coordinator of the Advisory Committee on Social Witness Policy of the Presbyterian Church (U.S.A.), part of the General Assembly Council. He has been a pastor and has worked in social justice programs for the United Church of Christ and the National Council of Churches of Christ, as well as the Presbyterian Church. Elizabeth Hinson-Hasty is Associate Professor of Theology at Bellarmine University in Louisville, Kentucky. An ordained minister in the Presbyterian Church (U.S.A.), she is the coeditor of Prayers for a New Social Awakening and To Do Justice: Engaging Progressive Christians in Social Action and the author of Beyond the Social Maze: Exploring Vida Dutton Scudder's Theological Ethics.