A Lectionary Commentary Based on the NRSV-Year C 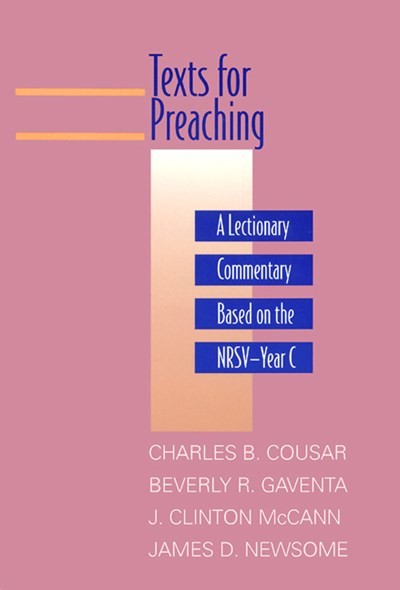 A Lectionary Commentary Based on the NRSV-Year C

Join now Find out more
Publisher: Westminster/John Knox Press,U.S.
ISBN: 9780664236878
Number of Pages: 120
Published: 01/02/2010
Width: 12.7 cm
Height: 20.3 cm
Description Author Information Reviews
In this second of two volumes on the book of Genesis, John Gibson examines epics of faith as portrayed primarily by Abraham, Jacob, and Joseph. He considers the dramatic stories of Genesis in their historical context, relates them to the New Testament, and shows their applicability to today's church. Illustrated by maps, with suggestions for further reading, this companion to Genesis, Volume 1, also by Gibson, makes the happenings in Genesis as relevant to today's men and women as they were to the people of ancient times. Carrying forward brilliantly the pattern established by Barclay's New Testament series, The Daily Study Bible has been extended to cover the entire Old Testament as well. Invaluable for individual devotional study, for group discussion, and for classroom use, The Daily Study Bible provides a useful, reliable, and eminently readable way to discover what the Scriptures were saying then and what God is saying today.

Charles B. Cousar is Professor Emeritus of New Testament at Columbia Theological Seminary in Decatur, Georgia. He is the author of numerous books, including Galatians in the Interpretation commentary series. He is also coauthor of the three volumes of Texts for Preaching.