From the Maccabees to the Mishnah, Third Edition 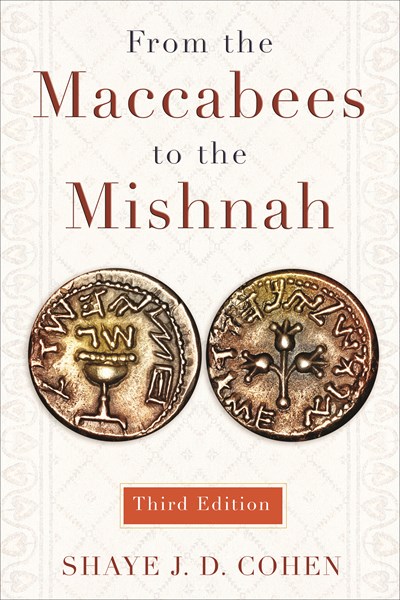 From the Maccabees to the Mishnah, Third Edition

Join now Find out more
Publisher: Westminster/John Knox Press,U.S.
ISBN: 9780664239046
Number of Pages: 318
Published: 12/11/2014
Width: 14 cm
Height: 21.6 cm
Description Author Information Reviews
This is the third edition of Shaye J. D. Cohen's important and seminal work on the history and development of Judaism between 164 BCE to 300 CE. Cohen's synthesis of religion, literature, and history offers deep insight into the nature of Judaism at this key period, including the relationship between Jews and Gentiles, the function of Jewish religion in the larger community, and the development of normative Judaism and other Jewish sects. Cohen offers students more than just history, but an understanding of the social and cultural context of Judaism as it developed into the formative period of rabbinic Judaism. This new edition includes a brand-new chapter on the parting of ways between Jews and Christians in the second century CE. From the Maccabees to the Mishnah remains the clearest introduction to the era that shaped Judaism and provided the context for early Christianity.

Shaye J. D. Cohen is the Nathan Littauer Professor of Hebrew Literature and Philosophy in the Department of Near Eastern Languages and Civilizations at Harvard University. One of the foremost experts on Jewish history and culture, he is the author of several books, including The Beginnings of Jewishness: Boundaries, Varieties, Uncertainties and Why Aren't Jewish Women Circumcised? Gender and Covenant in Judaism.