The Pastoral Relevance of the Synoptic Problem 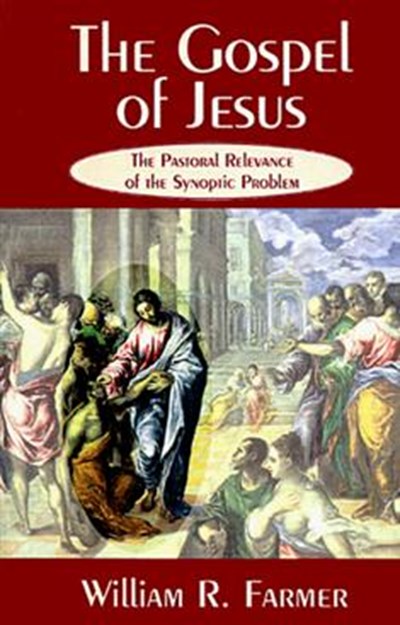 The Pastoral Relevance of the Synoptic Problem

Join now Find out more
Publisher: Westminster/John Knox Press,U.S.
ISBN: 9780664255145
Number of Pages: 256
Published: 01/05/1994
Width: 15.2 cm
Height: 22.9 cm
Description Author Information Reviews
William Farmer has devoted much of his career to addressing the question of the relationship among the three Synoptic Gospels--Matthew, Mark, and Luke. In particular, Farmer has challenged the Two Source Hypothesis, which says that Mark is the earliest Gospel, and that Matthew and Luke used Mark and another document, called "Q," as the two primary sources for their own Gospels. Instead, Farmer argues that Matthew was the Earliest Gospel, that Luke used Matthew and other traditions known to him, and that Mark used both Matthew and Luke in compiling a shorter, more ecumenical account of Jesus' career. This competing theory is called the Two Gospel Hypothesis.

William R. Farmer is Professor Emeritus of New Testament at Perkins School of Theology, Southern Methodist University, in Dallas, Texas. He is the author or editor of many books and articles.