An African Reading of Exodus 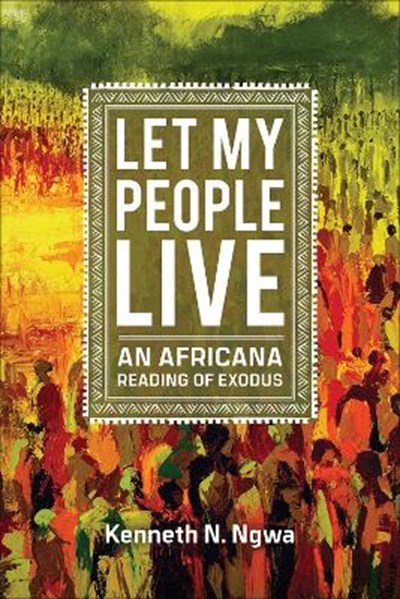 An African Reading of Exodus

Join now Find out more
Publisher: Westminster/John Knox Press,U.S.
ISBN: 9780664262594
Number of Pages: 320
Published: 12/04/2022
Width: 15.2 cm
Height: 22.9 cm
Description Author Information Reviews
Let My People Live reengages the narrative of Exodus through a critical, life-affirming Africana hermeneutic that seeks to create and sustain a vision of not just the survival but the thriving of Black communities. While the field of biblical studies has habitually divided "objective" interpretations from culturally informed ones, Kenneth Ngwa argues that doing interpretive work through an activist, culturally grounded lens rightly recognizes how communities of readers actively shape the priorities of any biblical interpretation. In the Africana context, communities whose identities were made disposable by the forces of empire and colonialism-both in Africa and in the African diaspora across the globe-likewise suffered the stripping away of the right to interpretation, of both sacred texts and of themselves. Ngwa shows how an Africana approach to the biblical text can intervene in this narrative of breakage, as a mode of resistance. By emphasizing the irreducible life force and resources nurtured in the Africana community, which have always preceded colonial oppression, the Africana hermeneutic is able to stretch from the past into the future to sustain and support generations to come. Ngwa reimagines the Exodus story through this framework, elaborating the motifs of the narrative as they are shaped by Africana interpretative values and approaches that identify three animating threats in the story: erasure (undermining the community's very existence), alienation (separating from the space of home and from the ecosystem), and singularity (holding up the individual over the collective). He argues that what he calls "badass womanism"-an intergenerational and interregional life force and epistemology of the people embodied in the midwives, Miriam, the Egyptian princess, and other female figures in the story-have challenged these threats. He shows how badass womanist triple consciousness creates, and is informed by, communal approaches to hermeneutics that emphasize survival over erasure, integration over alienation, and multiplicity over singularity. This triple consciousness surfaces throughout the Exodus narrative and informs the narrative portraits of other characters, including Moses and Yahweh. As the Hebrew people navigate the exodus journey, Ngwa investigates how these forces of oppression and resistance shift and take new shapes across the geographies of Egypt, the wilderness, and the mountain area preceding their passage into the promised land. For Africana, these geographies also represent colonial, global, and imperial sites where new subjectivities and epistemologies develop.

Kenneth N. NgwaisProfessor of Hebrew Bible at Drew Theological School and the Director of the Religion and Global Health Forum. He is the coeditor of Africana Studies and Religion in a Transitional Age: A Transdisciplinary Theological Conversation.