What Do Our Neighbors Believe? Second Edition 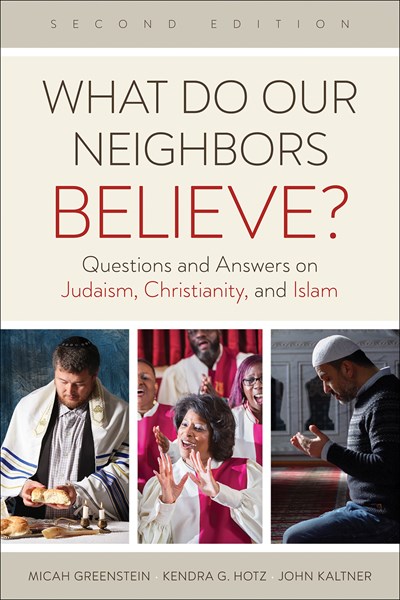 What Do Our Neighbors Believe? Second Edition

Join now Find out more
Publisher: Westminster/John Knox Press,U.S.
ISBN: 9780664265106
Number of Pages: 224
Published: 08/10/2019
Width: 14 cm
Height: 21.6 cm
Description Author Information Reviews
The current social and political climate makes it easy to benefit from religious misunderstanding. Political and religious leaders create fear of the religious other in order to drum up support for themselves. But the best way to combat deliberate misrepresentation is to provide accurate, timely information about the three great monotheistic religions: Judaism, Christianity, and Islam. Originally published in 2007, What Do Our Neighbors Believe? Second Edition organizes the three belief systems, asking the same questions of each: When and where did each originate? What are the sacred writings? What kind of leaders does each have? What are their most essential beliefs? New sections explore current ethical questions and issues, including the deliberate use of misinformation about Islam to bolster power and generate fear and the recent rise in anti-Semitic hate crimes. By introducing the common aspects of Judaism, Christianity, and Islam, the authors make understanding their genuine differences and their many similarities much more possible.

Micah Greenstein is Senior Rabbi at Temple Israel in Memphis, Tennessee. Rabbi Greenstein is a two-time President of the Memphis Ministers Association and serves on the board of the National Civil Rights Museum. Kendra G. Hotzis Assistant Professor of Religious Studies at Rhodes College in Memphis, Tennessee. She is an ordained minister in the Presbyterian Church (U.S.A.). John Kaltner is Virginia Ballou McGehee Professor of Muslim-Christian Relations at Rhodes College in Memphis, Tennessee. He is the author of several books, including Islam: What Non-Muslims Should Know and The Old Testament: Its Background, Growth, and Content.