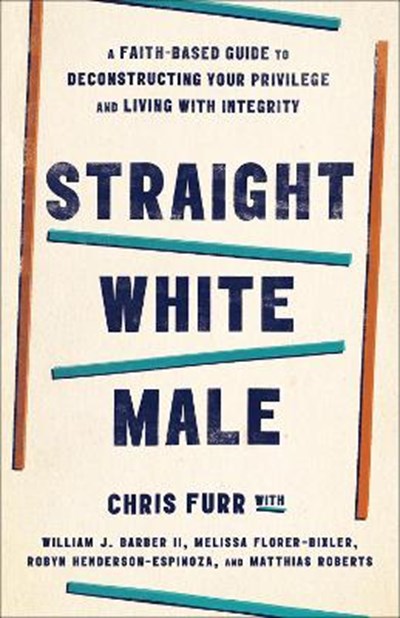 Join now Find out more
Publisher: Westminster/John Knox Press,U.S.
ISBN: 9780664266615
Number of Pages: 216
Published: 19/04/2022
Width: 14 cm
Height: 21.6 cm
Description Author Information Reviews
As the cultural conversation around race, gender, and sexuality has evolved, straight, white men are becoming increasingly aware of their privilege. But many may be left thinking, "OK, what am I supposed to do about it?" "We need a way forward beyond feelings of guilt, overwhelmingness, anger, and denial." "We are looking for transformative guidance that helps us be the good guys we want to be." Straight, white, male pastor Chris Furr offers a guide to deconstructing that privilege in Straight White Male. With an emphasis on confession and redemption, Furr invites other privileged men to reconsider the ways they live, work, believe, and interact with others. Alongside Furr's perspective, essays from contributing writers who lack various types of privilege-straight, Black man William J. Barber II, straight, white woman Melissa Florer-Bixler, queer, nonbinary latinx Robyn Henderson-Espinoza, and gay, white man Matthias Roberts-offer insights on how particular types and combinations of privilege (and the lack thereof) shape the way we move through the world. Their combined voices offer much-needed perspective through this deconstruction and provide a vision for how straight, white men can do better for ourselves, our families, and society.

Chris Furr has been in congregational ministry for more than fifteen years, serving churches in England, Virginia, and North Carolina. He attended the University of North Carolina at Chapel Hill and Duke University Divinity School. Furr serves on the Anti-racism/Pro-reconciliation and Alliance Q teams in the Christian Church in North Carolina and is an alumnus of the Bethany Fellowships. He lives in Cary, North Carolina, with his wife, Katie, and their two sons. William J. Barber II is an American Protestant minister and social activist. He is the President and Senior Lecturer at Repairers of the Breach and co-chair of the Poor People's Campaign. Melissa Florer-Bixler is the pastor of Raleigh Mennonite Church, and a graduate of Duke University and Princeton Theological Seminary. Her writing has appeared in The Christian Century, Sojourners, Faith & Leadership, and Geez, among others. Robyn Henderson-Espinoza is a transqueer activist, Latinx scholar, and public theologian. They are the founder of the Activist Theology Project, a collaborative project committed to the collective work of social healing. Matthias Roberts is a psychotherapist, author of Beyond Shame, and host of Queerology. He writes and speaks nationwide about the intersections between gender, sexuality, mental health, and theology.