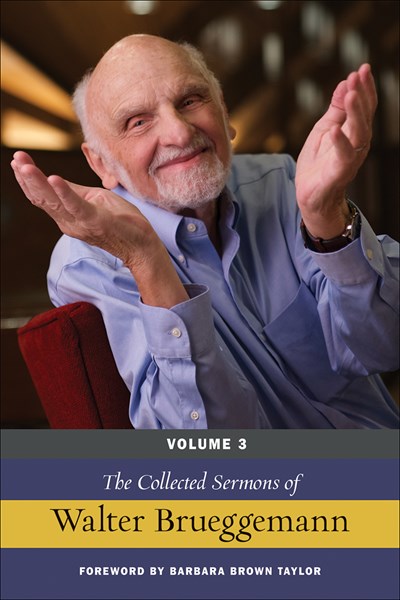 Join now Find out more
Publisher: Westminster/John Knox Press,U.S.
ISBN: 9780664266783
Number of Pages: 354
Published: 21/01/2020
Width: 15.2 cm
Height: 22.9 cm
Description Author Information Reviews
This collection features sixty sermons by Walter Brueggemann, preached mostly in the last five years. For his final public appearances, he preached at various churches and the Festival of Homiletics, including his last address there in 2018. Most of these are based on lectionary texts, with numerous sermons on Advent-Christmas and Lent-Easter texts. Preachers will find inspiration in the handful of sermons covering special occasions or themes, including confirmation, evangelism, and funerals.

Walter Brueggemann is William Marcellus McPheeters Professor Emeritus of Old Testament at Columbia Theological Seminary. An ordained minister in the United Church of Christ, he is the author of dozens of books, including Sabbath as Resistance: Saying No to the Culture of Now, Journey to the Common Good, and Chosen? Reading the Bible amid the Israeli-Palestinian Conflict. Barbara Brown Tayloris anEpiscopalpriest, professor, author, and theologian and is one of the best-known preachers in the United States.In 2014, TIME included her on its annual list of Most Influential People; in 2015, she was named Georgia Woman of the Year; in 2018, she was named one of the world's twelve most effective preachers in a landmark survey of clergy by Baylor University. She is the author of many books, includingNew York TimesbestsellersLeaving Church,An Altar in the World, andHoly Envy.