The Bible Against American Gun Culture 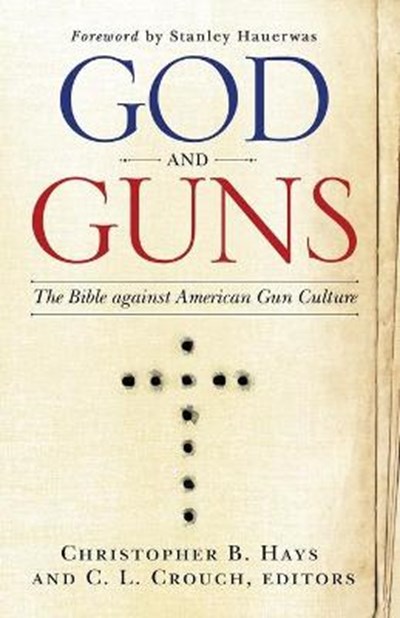 The Bible Against American Gun Culture

Join now Find out more
Publisher: Westminster/John Knox Press,U.S.
ISBN: 9780664266820
Number of Pages: 200
Published: 02/11/2021
Width: 14 cm
Height: 21.6 cm
Description Author Information Reviews
Using the Bible as the foundational source and guide, while also bringing contemporary sociological data to the conversation, seven biblical scholars and theologians construct a powerful dialogue about gun violence in America, concluding that guns are incompatible with the God of Christian Scripture. God and Guns is the first book to argue against gun culture from a biblical studies perspective. Bringing the Bible into conversation with contemporary sociological data, the volume breaks new exegetical and critical ground and lays the foundations for further theological work. The scholars assembled in this volume construct a powerful argument against gun violence, concluding that a self-identity based on guns is incompatible with Christian identity. Drawing on their expertise in the Bible's ancient origins and modern usage, they present striking new insights involving psychology, ethics, race, gender, and culture. This collection, carefully edited for clarity and readability, will change conversations-and our culture. Contributors include: T. M. Lemos David Lincicum Shelly Matthews Yolanda Norton Brent A. Strawn

C. L. Crouch is David Allan Hubbard Professor of Old Testament at Fuller Theological Seminary. She is the author of War and Ethics in the Ancient Near East, Israel and the Assyrians, The Making of Israel, An Introduction to the Study of Jeremiah, and Translating Empire (cowritten with , with J. M. Hutton). She is current President of the Pacific Coast Region of the Society of Biblical Literature and serves on the editorial boards of several series, including Westminster John Knox Press's Old Testament Library, for which she is writing a volume on the book of Amos. Christopher B. Hays is D. Wilson Moore Professor of Old Testament and Ancient Near Eastern Studies at Fuller Theological Seminary. He is the author of Hidden Riches: A Sourcebook for the Comparative Study of the Hebrew Bible and the Ancient Near East; The Origins of Isaiah 24-27: Josiah's Festival Scroll for the Fall of Assyria; and Death in the Iron Age II and in First Isaiah, which won the Manfred Lautenschlaeger Award for Theological Promise in 2013. Hays has written the Isaiah commentary in the New Oxford Bible Commentary and translated the book of Isaiah for the Common English Bible. Hays is ordained in the Presbyterian Church (U.S.A.).