Returning from the Abyss

Pivotal Moments in the Book of Jeremiah 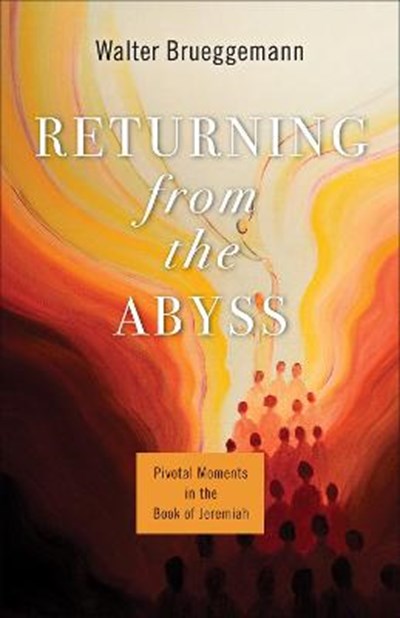 Returning from the Abyss

Pivotal Moments in the Book of Jeremiah

Join now Find out more
Publisher: Westminster/John Knox Press,U.S.
ISBN: 9780664266868
Number of Pages: 170
Published: 22/03/2022
Width: 14 cm
Height: 21.6 cm
Description Author Information Reviews
The Pivotal Moments in the Old Testament series helps readers see Scripture with new eyes, highlighting short, key texts-pivotal moments-that shift our expectations and invite us to turn toward another reality transformed by God's purposes and action. The book of Jeremiah tells the story of a prophetic mission that seems doomed to fail. God instructs Jeremiah to call to account a people who refuse to turn from their unfaithfulness until it is too late, and they encounter destruction at the hands of the Babylonians. Yet underlying the themes of warning and judgment is a steady refrain: God's desire to draw God's people back into covenant, even when things seem past the point of no return. What lessons can contemporary readers draw from the narrative of a stubborn people who cling to their exploitative ways and a God who, even so, relentlessly pursues them? In Returning from the Abyss, Walter Brueggemann explores the historical and literary context of the book of Jeremiah to illuminate the dual themes of Israel's long walk into, and out of, the trauma and devastation of exile. Throughout, Brueggemann points out the role of the prophet in overturning a people's illusory sense of security in unjust structures that are not of God and leading those same people toward the hope of restoration and return. He also highlights the persistent themes of empire, self-sufficiency, and withholding from neighbor that inform the narratives of both Israel and "American exceptionalism" and examines how the holiness of God is at work in untamed historical processes that point us toward a costly hope for a just economic and political future.