Rethinking Our Misuse of the Bible on Homosexuality 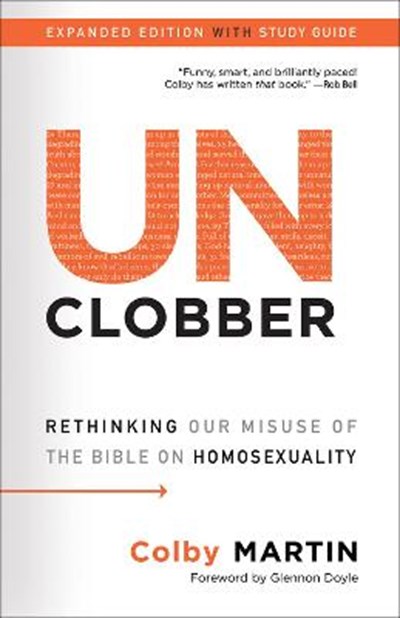 Rethinking Our Misuse of the Bible on Homosexuality

Join now Find out more
Publisher: Westminster/John Knox Press,U.S.
ISBN: 9780664267469
Number of Pages: 224
Published: 19/04/2022
Width: 14 cm
Height: 21.6 cm
Description Author Information Reviews
Armed with only six passages in the Bible-often known as the "Clobber Passages"-the conservative Christian position has been one that stands against the full inclusion of our LGBTQ siblings. UnClobber reexamines each of those frequently quoted passages of Scripture, alternating with author Colby Martin's own story of being fired from an evangelical megachurch when they discovered his stance on sexuality. UnClobber reexamines what the Bible says (and does not say) about homosexuality in such a way that sheds divine light on outdated and inaccurate assumptions and interpretations. This new edition equips study groups and congregations with questions for discussion and a sermon series guide for preachers.

Colby Martin is the author of UnClobber: Rethinking Our Misuse of the Bible on Homosexuality and The Shift: Surviving and Thriving after Moving from Conservative to Progressive Christianity. He is the cofounder and pastor of Sojourn Grace Collective, a progressive Christian church in San Diego, and he cohosts The Kate & Colby Show podcast with his wife, Kate.