Unraveling Empire for a Global World 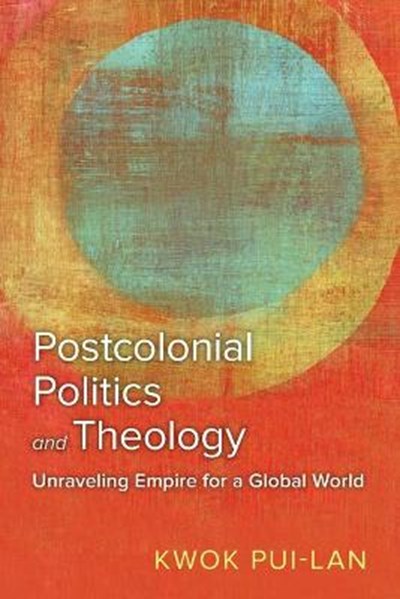 Unraveling Empire for a Global World

Join now Find out more
Publisher: Westminster/John Knox Press,U.S.
ISBN: 9780664267490
Number of Pages: 252
Published: 07/12/2021
Width: 15.2 cm
Height: 22.9 cm
Description Author Information Reviews
Postcolonial Politics and Theology seeks to reform and reimagine the field of political theology-uprooting it from the colonial soil-using the comparative lenses of postcolonial politics and theology to bring attention to the realities of the Global South. Kwok Pui-lan traces the history of the political impacts of Western theological development, especially developments in the U.S. context, and the need to shift these interlocking fields toward non-Western traditions in theory and practice. A special focus of the book is on the changing sociopolitical realities of American Empire and Sino-American competition, illustrated in Donald Trump's slogan of "Make America Great Again" and Xi Jinping's hope for a "China Dream." The shifting of U.S. and Asian relationships highlights the need to move our theological and political categories away from a vision of strongman domination and toward a postmodern, postcolonial, and transnational world, especially exemplified in the Asia Pacific context. Throughout, Kwok overturns the idea of centering one cultural framework and marginalizing others in favor of living into a multiplicity of deeply contextual theologies. She explores how these theologies are being developed in global, postcolonial contexts, through struggles for democracy and civil disobedience in Hong Kong, by efforts to reclaim selfhood and sexual identity from exploitative colonial desire, through the work of interreligious solidarity and peacebuilding, and in the practice of earth care in the face of ecological crisis.

Kwok Pui-lan is Dean's Professor of Systematic Theology at Candler School of Theology, Emory University, and a past president of the American Academy of Religion. An internationally known theologian, she is a pioneer of Asian and Asian American feminist theology and postcolonial theology. She is the author or editor of numerous books published in English and Chinese, her works have been translated into English, Chinese, German, Dutch, Spanish, and Portuguese.