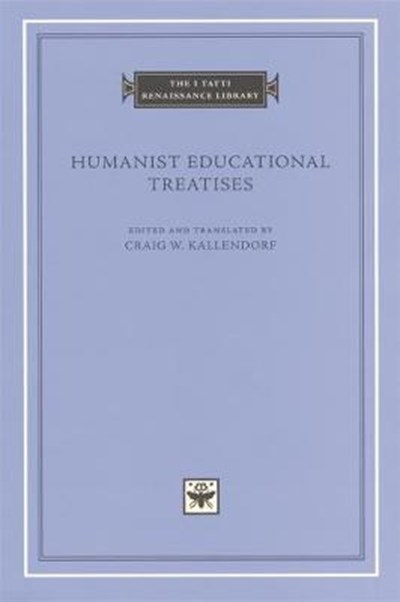 QTY
Add to Basket
Publisher: Harvard University Press
ISBN: 9780674007598
Number of Pages: 384
Published: 30/07/2002
Width: 13.3 cm
Height: 20.3 cm
Description Author Information Reviews
The cycle of disciplines now known as the humanities emerged in their modern form during the Italian Renaissance as the result of an educational movement begun by humanist teachers, writers, and scholars of the early Quattrocento. The movement argued for the usefulness of classical literature as an instrument for training young men and women, not only in the arts of language and eloquence, but also in civic virtue and practical wisdom. This volume contains four of the most important theoretical statements that emerged from the early humanists' efforts to reform medieval education. The four texts are Pier Paolo Vergerio, "The Character and Studies Befitting a Free-Born Youth"; Leonardo Bruni, "The Study of Literature"; Aeneas Silvius Piccolomini (Pope Pius II), "The Education of Boys"; and Battista Guarino, "A Program of Teaching and Learning." The Vergerio and Guarino texts appear in English for the first time.

Craig W. Kallendorf is Professor of Modern and Classical Languages at Texas A&M University and the author of Vergil and the Myth of Venice: Books and Readers in the Italian Renaissance.

A splendid collection of "Humanist Educational Treatises", edited and translated with great precision by Craig Kallendorf, lets us watch some of the most influential humanist teachers at work.--Anthony T. Grafton"New York Review of Books" (10/05/2006)