English Fundamentalism and Its Reformation Opponents 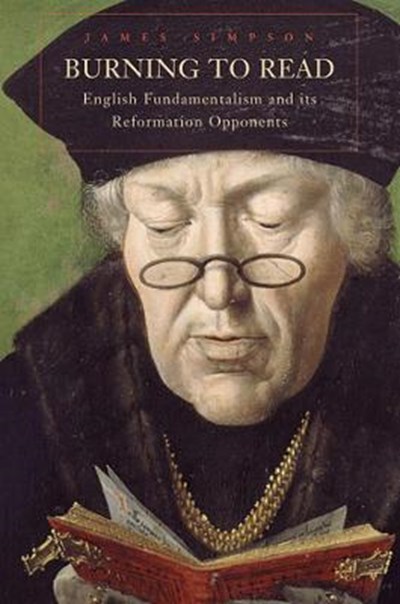 English Fundamentalism and Its Reformation Opponents

QTY
Add to Basket
Publisher: Harvard University Press
ISBN: 9780674046122
Number of Pages: 368
Published: 31/05/2010
Width: 12.9 cm
Height: 20 cm
Description Author Information Reviews
The evidence is everywhere: fundamentalist reading can stir passions and provoke violence that changes the world. Amid such present-day conflagrations, this illuminating book reminds us of the sources, and profound consequences, of Christian fundamentalism in the sixteenth century. James Simpson focuses on a critical moment in early modern England, specifically the cultural transformation that allowed common folk to read the Bible for the first time. Widely understood and accepted as the grounding moment of liberalism, this was actually, Simpson tells us, the source of fundamentalism, and of different kinds of persecutory violence. His argument overturns a widely held interpretation of sixteenth-century Protestant reading--and a crucial tenet of the liberal tradition. After exploring the heroism and achievements of sixteenth-century English Lutherans, particularly William Tyndale, Burning to Read turns to the bad news of the Lutheran Bible. Simpson outlines the dark, dynamic, yet demeaning paradoxes of Lutheran reading: its demands that readers hate the biblical text before they can love it; that they be constantly on the lookout for unreadable signs of their own salvation; that evangelical readers be prepared to repudiate friends and all tradition on the basis of their personal reading of Scripture. Such reading practice provoked violence not only against Lutheranism's stated enemies, as Simpson demonstrates; it also prompted psychological violence and permanent schism within its own adherents. The last wave of fundamentalist reading in the West provoked 150 years of violent upheaval; as we approach a second wave, this powerful book alerts us to our peril.

James Simpson is a renowned scholar of the English Middle Ages and the Reformation. He is the Donald P. and Katherine B. Loker Professor of English at Harvard University, and the author of many books, including the critically acclaimed Burning to Read.

Drawing deeply on the history of biblical translation and of English literature from Tyndale through Thomas More to Henry Howard, Earl of Surrey, Simpson's story often challenges conventional readings of the history of biblical interpretation. Publishers Weekly 20070910 A polemic of incandescent force. -- Boyd Tonkin The Independent 20071214 James Simpson's unremittingly clever new book suggests we re-examine the early 16th century in order to make sense of contemporary culture. His aim, however, is to disabuse us of the assumption that modern liberalism can lay claim to unproblematic origins in the Protestant Reformation. -- Marcus Nevitt Daily Telegraph 20080105 The English Reformation is commonly held to have provided the intellectual basis for modern liberalism. James Simpson's fascinating revisionist account turns that traditional picture on its head. Here, the Lutherans appear as the forerunners of a dangerous fundamentalism, and the traditionalists display far more intellectual sophistication than is usually supposed. London Review of Books 20080207 What makes this study distinctive is its alertness to connections between past and present, and its sympathetic re-evaluation of church traditions as a force that moderates the divisive effects of uncontrolled scriptural interpretation, drawing on such classic studies as George Tavard's Holy Writ or Holy Church?...One hopes its message will be heard well beyond Reformation studies. -- Alison Shell Church Times 20080404 Simpson explores a familiar subject--the early-16th-century debate over vernacular scripture--from a surprising angle. -- E. D. Hill Choice 20080501 James Simpson has dug up a large, complicated truffle, which he examines in precise, revealing detail. In Burning to Read, this erudite and original student of later medieval and Renaissance literature focuses on a single, well-defined episode: the role of books, and more particularly the reading of the Bible, in the English Reformation...His subtle, intense, beautifully written essay helps the reader to understand, historically and existentially, why seemingly reasonable people end up burning books and executing readers. Burning to Read is a book that matters, not only for specialists in the Renaissance and Reformation, but also for the general reader. All of us, after all, now inhabit a world that uses some of Sir Basil Blackwell's beloved, beneficent books as weapons, and punishes others as if they were rebels and heretics. -- Anthony Grafton Times Literary Supplement 20080725