A Story of Faith and Conspiracy in Revolutionary America 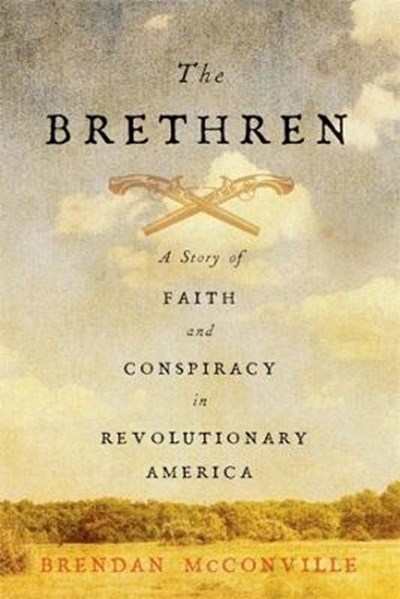 A Story of Faith and Conspiracy in Revolutionary America

eBook FAQ
Add to Basket
Publisher: Harvard University Press
ISBN: 9780674249165
Number of Pages: 304
Published: 29/10/2021
Width: 14 cm
Height: 21 cm
Description Author Information Reviews
The dramatic account of a Revolutionary-era conspiracy in which a band of farmers opposed to military conscription and fearful of religious persecution plotted to kill the governor of North Carolina. Less than a year into the American Revolution, a group of North Carolina farmers hatched a plot to assassinate the colony's leading patriots, including the governor. The scheme became known as the Gourd Patch or Lewellen Conspiracy. The men called themselves the Brethren. The Brethren opposed patriot leaders' demand for militia volunteers and worried that "enlightened" deist principles would be enshrined in the state constitution, displacing their Protestant faith. The patriots' attempts to ally with Catholic France only exacerbated the Brethren's fears of looming heresy. Brendan McConville follows the Brethren as they draw up plans for violent action. After patriot militiamen threatened to arrest the Brethren as British sympathizers in the summer of 1777, the group tried to spread false rumors of a slave insurrection in hopes of winning loyalist support. But a disaffected insider denounced the movement to the authorities, and many members were put on trial. Drawing on contemporary depositions and legal petitions, McConville gives voice to the conspirators' motivations, which make clear that the Brethren did not back the Crown but saw the patriots as a grave threat to their religion. Part of a broader Southern movement of conscription resistance, the conspiracy compels us to appreciate the full complexity of public opinion surrounding the Revolution. Many colonists were neither loyalists nor patriots and came to see the Revolutionary government as coercive. The Brethren tells the dramatic story of ordinary people who came to fear that their Revolutionary leaders were trying to undermine religious freedom and individual liberty-the very causes now ascribed to the Founding generation.

Brendan McConville has written several books on early American history, including The King's Three Faces: The Rise and Fall of Royal America, 1688-1766. Professor of History at Boston University, he is co-chair of the David Center for the Study of the American Revolution at the American Philosophical Society and cohost of the Boston-area radio program The Historians.