Documentary Sources on the History of Rus Metropolitanate

The Fourteenth to the Early Sixteenth Centuries 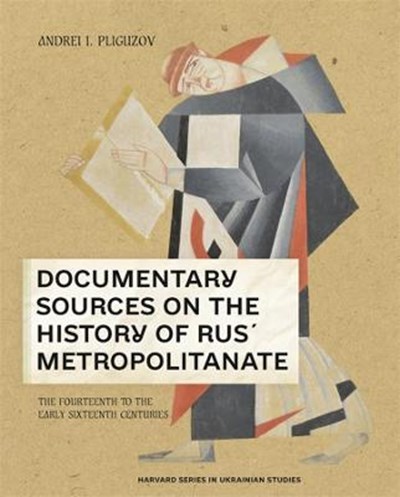 Documentary Sources on the History of Rus Metropolitanate

The Fourteenth to the Early Sixteenth Centuries

QTY
Add to Basket
Publisher: Harvard University Press
ISBN: 9780674258303
Number of Pages: 500
Published: 24/02/2023
Width: 15.2 cm
Height: 22.9 cm
Description Author Information Reviews
Documentary Sources on the History of Rus Metropolitanate contains an extensive collection of letters and documents relating to the late medieval Orthodox Church, edited and curated by the renowned medievalist Andrei Pliguzov. This volume includes acts, edicts, and decrees regarding the lands in the metropolitanate's jurisdiction; reports prepared for the metropolitans by their secretariat; and the letters of the hierarchs themselves. These documents pertain to all aspects of the metropolitanate's activity and reflect the various concerns and debates that defined the life of the Church and its relations with other religious entities and the secular leaders.

Andrei I. Pliguzov (1956-2011) was a historian of Kyivan Rus and an expert in church history, with a focus on sources from the fourteenth to the sixteenth century. He was the author of numerous publications on a variety of topics, including the Battle of Kulikovo, the Union of Florence, the Time of Troubles, early modern Old Belief, and the place of ethnic minorities in the Russian imperial imagination.