Being a Jesuit in Renaissance Italy 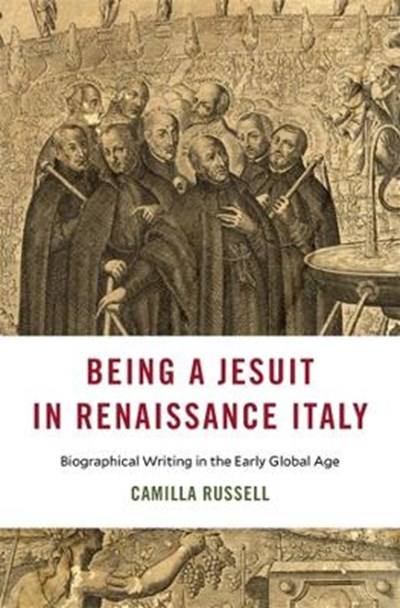 Being a Jesuit in Renaissance Italy

eBook FAQ
Add to Basket
Publisher: Harvard University Press
ISBN: 9780674261129
Number of Pages: 256
Published: 28/01/2022
Width: 15.6 cm
Height: 23.5 cm
Description Author Information Reviews
A new history illuminates the Society of Jesus in its first century from the perspective of those who knew it best: the early Jesuits themselves. The Society of Jesus was established in 1540. In the century that followed, thousands sought to become Jesuits and pursue vocations in religious service, teaching, and missions. Drawing on scores of unpublished biographical documents housed at the Roman Jesuit Archive, Camilla Russell illuminates the lives of those who joined the Society, building together a religious and cultural presence that remains influential the world over. Tracing Jesuit life from the Italian provinces to distant missions, Russell sheds new light on the impact and inner workings of the Society. The documentary record reveals a textual network among individual members, inspired by Ignatius of Loyola's Spiritual Exercises. The early Jesuits took stock of both quotidian and spiritual experiences in their own records, which reflect a community where the worldly and divine overlapped. Echoing the Society's foundational writings, members believed that each Jesuit's personal strengths and inclinations offered a unique contribution to the whole-an attitude that helps explain the Society's widespread appeal from its first days. Focusing on the Jesuits' own words, Being a Jesuit in Renaissance Italy offers a new lens on the history of spirituality, identity, and global exchange in the Renaissance. What emerges is a kind of genetic code-a thread connecting the key Jesuit works to the first generations of Jesuits and the Society of Jesus as it exists today.

Camilla Russell is Publications Editor for Institutum Historicum Societatis Iesu at the Roman Jesuit Archives. She is the author of Giulia Gonzaga and the Religious Controversies of Sixteenth-Century Italy and Fellow in History at the University of Newcastle, Australia.