Time and Its Adversaries in the Seleucid Empire 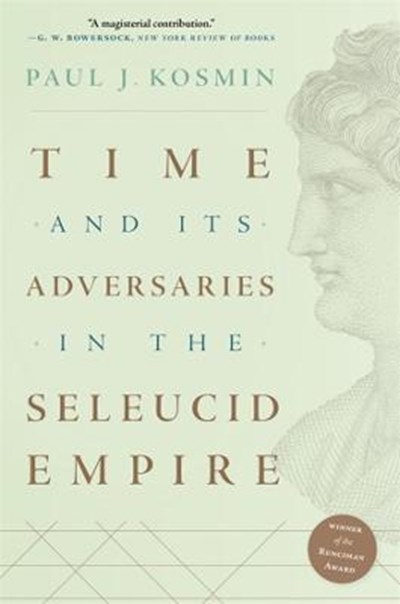 Time and Its Adversaries in the Seleucid Empire

QTY
Add to Basket
Publisher: Harvard University Press
ISBN: 9780674271227
Number of Pages: 392
Published: 25/03/2022
Width: 15.6 cm
Height: 23.5 cm
Description Author Information Reviews
Winner of the Runciman Award Winner of the Charles J. Goodwin Award "Tells the story of how the Seleucid Empire revolutionized chronology by picking a Year One and counting from there, rather than starting a new count, as other states did, each time a new monarch was crowned...Fascinating." -Harper's In the aftermath of Alexander the Great's conquests, his successors, the Seleucid kings, ruled a vast territory stretching from Central Asia and Anatolia to the Persian Gulf. In 305 BCE, in a radical move to impose unity and regulate behavior, Seleucus I introduced a linear conception of time. Time would no longer restart with each new monarch. Instead, progressively numbered years-continuous and irreversible-became the de facto measure of historical duration. This new temporality, propagated throughout the empire and identical to the system we use today, changed how people did business, recorded events, and oriented themselves to the larger world. Some rebellious subjects, eager to resurrect their pre-Hellenic past, rejected this new approach and created apocalyptic time frames, predicting the total end of history. In this magisterial work, Paul Kosmin shows how the Seleucid Empire's invention of a new kind of time-and the rebellions against this worldview-had far reaching political and religious consequences, transforming the way we organize our thoughts about the past, present, and future. "Without Paul Kosmin's meticulous investigation of what Seleucus achieved in creating his calendar without end we would never have been able to comprehend the traces of it that appear in late antiquity...A magisterial contribution to this hitherto obscure but clearly important restructuring of time in the ancient Mediterranean world." -G. W. Bowersock, New York Review of Books "With erudition, theoretical sophistication, and meticulous discussion of the sources, Paul Kosmin sheds new light on the meaning of time, memory, and identity in a multicultural setting." -Angelos Chaniotis, author of Age of Conquests

Paul J. Kosmin is Philip J. King Professor of Ancient History at Harvard University. He is coeditor of Spear-Won Land: Sardis from the King's Peace to the Peace of Apamea. Kosmin has been a Radcliffe Institute for Advanced Study Fellow and a PAW Fellow at Princeton University, as well as an Oliver Smithies Lecturer at the University of Oxford.