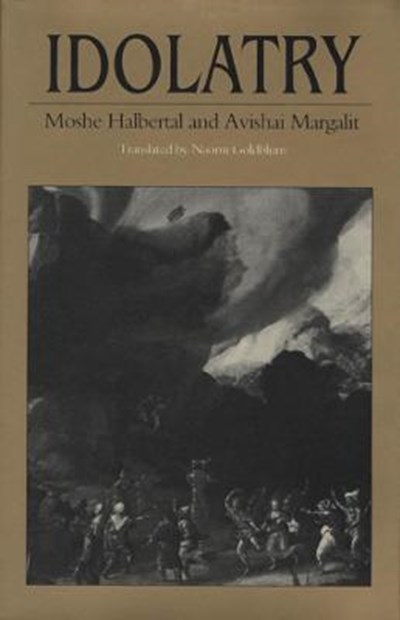 eBook FAQ
Add to Basket
Publisher: Harvard University Press
ISBN: 9780674443136
Number of Pages: 312
Published: 18/09/1998
Width: 15.4 cm
Height: 23.5 cm
Description Author Information Reviews
"You shall have no other gods besides Me." This injunction, handed down through Moses three thousand years ago, marks one of the most decisive shifts in Western culture: away from polytheism toward monotheism. Despite the momentous implications of such a turn, the role of idolatry in giving it direction and impetus is little understood. This book examines the meaning and nature of idolatry-and, in doing so, reveals much about the monotheistic tradition that defines itself against this sin. The authors consider Christianity and Islam, but focus primarily on Judaism. They explore competing claims about the concept of idolatry that emerges in the Hebrew Bible as a "whoring after false gods." Does such a description, grounded in an analogy of sexual relations, presuppose the actual existence of other gods with whom someone might sin? Or are false gods the product of "men's hands," simply a matter of misguided belief? The authors show how this debate, over idolatry as practice or error, has taken shape and has in turn shaped the course of Western thought-from the differentiation between Jewish and Christian conceptions of God to the distinctions between true and false belief that inform the tradition of religious enlightenment. Ranging with authority from the Talmud to Maimonides, from Marx to Nietzsche and on to G.E. Moore, this brilliant account of a subject central to our culture also has much to say about metaphor, myth, and the application of philosophical analysis to religious concepts and sensibilities. Its insights into pluralism and intolerance, into the logic and illogic of the arguments religions aim at each other, make Idolatry especially timely and valuable in these days of dark and implacable religious difference.

An absorbing and ingenious book. -- Frank Cioffi Times Literary Supplement A remarkably hard-nosed and often profound inquiry into the way Judaism in particular has constructed its concept of false or deviant worship...The authors' discussion consistently illumines familiar texts and ideas with fresh questions and insights drawn from a variety of contemporary philosophical traditions...[This book] will stimulate discussion. -- Martin Jaffe Religious Studies Review If hatred were affected by logic, Idolatry would put an end to holy wars...Together Halbertal and Margalit have created a remarkable book, which tells us, more thoroughly and persuasively than anyone has done so far, why and in what ways religions hate one another...In view of the mass slaughter taking place in the name of religion, far to much of it glibly and falsely explained by arguments about 'fundamentalism,' this is a very important book. -- Wendy Doniger New York Review of Books This is a very important book, supplying substantially to a crucial but unrecognized void in scholarship. It is a rare book, joining philosophic analysis with a mastery of rabbinic texts. -- Jerome Eckstein International Studies in Philosophy This is a book of a very high quality, which contributes substantially to our understanding of a crucial topic in Western religion, filling thereby a gap in modern scholarship... The conceptual approach is fostered by detailed textual analyses, excellent in themselves, which contribute not only to the understanding of the topic of idolatry, but also to a better understanding of these texts in themselves, especially those related to the thought of Maimonides... An outstanding contribution to the analysis of religion in general, original and audacious. -- Moshe Idel Hebrew University The discussion throughout is of a very high order... The outstanding contribution of the book is that it both defines and helps to solve the difficulties surrounding the notion of idolatry on one hand, while using this discussion to shed light on the multiple developments of the notion throughout our history on the other. Philosophical analysis is being used here to good effect to illuminate an important thread of our religious and cultural tradition... One great value of the book is thus that it brings philosophical analysis to bear on the issues of idolatry. Another important contribution is that it draws on a deep knowledge of the Talmudic literature and discussions. This makes for a double bonus. Christian theologians have tended to ignore the Talmud, and so have those Jewish writers conversant with modern philosophy. -- Charles Taylor McGill University A wonderful book, brilliant and important... It has a kind of straightforward wisdom, a solid, common sense approach that is both charming and entirely persuasive. It is a book about pluralism and intolerance, about the logic and illogic of the arguments that religions make against one another. This is a fascinating and critical topic in these dark days of religious warfare. -- Wendy Doniger The Divinity School, University of Chicago