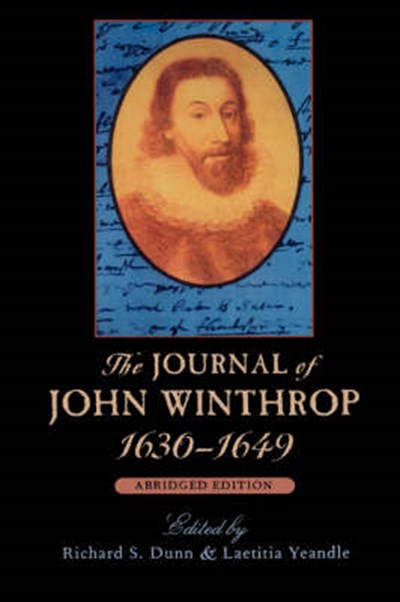 QTY
Add to Basket
Publisher: Harvard University Press
ISBN: 9780674484276
Number of Pages: 384
Published: 31/01/1997
Width: 15.2 cm
Height: 22.9 cm
Description Author Information Reviews
The journal of Governor John Winthrop, one of the key documents of early New England history, records the first two crucial decades of the Bay Colony. Writing in a precise expository style, Winthrop details the myriad religious and political problems of the new settlement. The modernized abridgment incorporates about 40 percent of the text and includes a copy of Winthrop's sermon, "A Model of Christian Charity." This abridged edition, complete with introduction and annotations, also modernizes the governor's spelling and punctuation.

Richard S. Dunn is Roy F. and Jeannette P. Nichols Professor Emeritus of American History at the University of Pennsylvania. Among his publications are Sugar and Slaves in 1972; The Papers of William Penn, edited with Mary Maples Dunn, in four volumes published in 1981-1987; and The Journal of John Winthrop, edited with Laetitia Yeandle, published in 1996. He also designed the McNeil Center for Early American Studies at the University of Pennsylvania and was its founding director. Laetitia Yeandle is Curator of Manuscripts at the Folger Shakespeare Library.

Until the Revolution with its stellar collection of 'Founding Fathers' [John] Winthrop was the only public figure who left his mark on the way his society developed in his own time and for long after. He preserved many letters and papers to document his achievement--he was not bashful about it--and the most important by far was his journal...The new edition [of the journal] will stand as a model of editorial scholarship...[and] is worth reading simply for the sense it conveys of what it took just to stay alive in seventeenth-century Massachusetts...[Winthrop and the Massachusetts Bay colonists] carried out a revolution, rendered bloodless only be the three thousand miles of ocean that separated them from the government they would otherwise have had to overthrow in order to do what they did. In Massachusetts they created what amounted to a republic, substituting annually elected rulers for an hereditary monarchy and independent self-starting churches for the whole hierarchical structure of the Church of England...John Winthrop surely was the wisest, if not the best, public man in early Massachusetts. He guided a whole society in a truly revolutionary reform...With the exception of Jefferson, the men whom Americans recognize as great seam to have pursued and accomplished radical ends by conservative means. Winthrop was the first. -- Edmund S. Morgan New York Review of Books [W]e should greet the release of a major early American text with enthusiasm. Richard S. Dunn and Laetitia Yeandle have published a splendid new edition of John Winthrop's 'Journal,' an account of the founding of New England written between 1630 and 1649. Such works are expressions of a shared national heritage...This edition, from Harvard University Press, is as definitive as projects of this sort are ever likely to be. -- Timothy H. Breen New York Times Book Review